The new table service means customers will now be able to place an order via a digital kiosk and then have the order brought to them. It is currently on trial at one McDonald’s restaurant in Mottram in Manchester with plans to increase the trial to 11 further restaurants over the coming months.

If it proves successful the service could be rolled out nationwide.

The test follows the successful launch of table service in other markets including Australia, France and Germany. A McDonald’s spokesman said the company is keen to seen if it “proves as popular with customers in the UK”.

The move is part of wider attempts by McDonald’s to improve its customer service and the experience of eating in its store as it faces growing competition from newer casual dining chains such as Nando’s. While McDonald’s still has advantages in its cheap price point and fast service, some consumers have shunned the brand due to the poor experience.

Its advertising has shifted focus to reflect that, pushing the idea of McDonald’s as a place to meet friends for a coffee or a catch-up.

The introduction in the UK is an interesting move from McDonald’s. Globally the brand is in a spot of trouble – sales are falling as consumer behaviour changes and people opt for healthier meals, particularly in its core US market.

The UK, however, is a different case. McDonald’s sales have been growing for the past 41 quarter here. The company is in rude health in the UK and has plenty of room to grow.

Spend on the casual dining market in the UK remains lower per person than in the US. NPD Group estimates that casual dining has grown by 9.9% over the past three years.

However it also found that consumers are being more demanding. They want quality food with good service in a nice environment. The total number of visitors to “walk-up counter” restaurant is stagnant, according to NPD, while those that offer waiter services have seen 6.7% growth.

McDonald’s has done a lot of work on improving quality and talking up the provenance of its food. It, along with other fast food chains such as KFC and Burger King, also remain much cheaper than competitors such as Five Guys or Nando’s.

However the customer service and environment are where the brand is being let down. Most McDonald’s are in dire need of a refit. And barking your order at someone over a counter isn’t the best experience.

In that way the introduction of table service makes sense. McDonald’s caters to a lot of families with children, having the food brought over makes the experience that much easier.

However the main reason to go to McDonald’s remains the fast food and quick service. Most people want to be in and out as quickly as possible not spend time waiting for their food and drink to arrive.

McDonald’s must be careful that in the rush to appear “modern and progressive” it does not forget what it does best – deliver cheap food to people quickly. 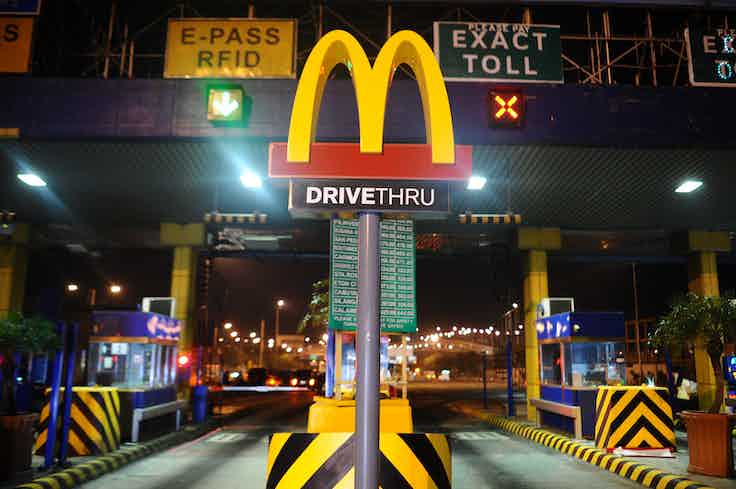