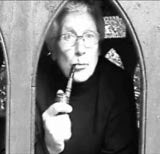 Controversy-seeking viral film and ad production house Asa Bailey has resurrected one of the great names of advertising, David Ogilvy, for a viral campaign to drum up interest in the Advertising Week ad industry festival, which takes place in New York in late September.

In the viral, an actor playing David Ogilvy walks round a graveyard, waving Ogilvy’s trademark pipe while discussing the state of the ad industry and the impact on it of the internet. People who view the viral are invited to add their agencies’ names and logos to it to show their support for the event, and then e-mail it on to their contacts.

This is not the first time Asa Bailey has used the Ogilvy name: last year, it registered the OgilvyMather.co.uk domain name, which the ad agency group had just allowed to expire, and put up a picture of a corpse carrying the words: “If you understood the modern brand, you would know how to protect it.”

However, Asa Bailey, founder of the viral production and distribution house, says “I’ve got a great deal of respect for David Ogilvy and the old CDP boys – the guys who turned the ad industry around in the late 1960s. No one since then has contributed as much.”

Two months ago, Asa Bailey found a sponsor for its viral film, Kill Posh, in which Victoria Beckham appears to be hit by a car (MW June 16). The rights to the viral were auctioned on Ebay, and were bought by online gambling website GoldenPalace.com for an undisclosed sum.

In the Posh film, a Victoria Beckham lookalike shoplifts clothes before being chased out of the store and run over.