People for the Ethical Treatment of Animals ran a billboard ad in Haringey, the London borough where Baby P was murdered, with a picture of Barker and the words: “Animal abuser, rapist and murderer. People who are violent towards animals rarely stop there.”

The ASA received a complaint that said it used “unnecessary shock tactics and exploited the death of Baby P as well as being particularly offensive and distressing to Haringey residents”.

PETA argued the ad aimed to inform the public of the link between cruelty to animals and violence towards people and that the campaign was “well within the prevailing standards of decency”.

The charity also said the ad did not use any sensational imagery and was designed to be “as straightforward as possible so as not to cause undue fear or distress”.

The complaint was upheld by the ASA, which ruled that the image and claim in the ad had been used in a “shocking way merely to attract attention”. The watchdog also said that due to the location of the billboard, the ad was likely to be particularly sensitive for residents and cause serious distress and offence.

The ASA warned that advertisers referring to current or emotive news stories in marketing should take care to avoid accusations of exploitation or shock tactics.

Save The Children, the independent children’s charity, has appointed John Ayling and Associates, working together with Agenda21, to handle its £4m UK media planning and buying.

It isn’t often marketing lies at the heart of a story about celebrity scandal. But the allegations that England and Chelsea captain John Terry has been having an affair – and failed to keep this out of the press through a super-injunction – may have entered the public arena due to the player’s profile as a sponsorship vehicle, rather than a husband. 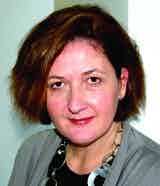