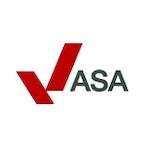 Its responsibilities begin on the same day the new Advertising Codes come into effect.

The Committee of Advertising Practice (CAP) has incorporated a new Appendix to the CAP Code that covers certain aspects of advertising appearing on video-on-demand (VOD) services.

When to apply the new rules in the appendix will be a “finely balanced decision” says the ASA. If the breach falls under the CAP rules, the buck stops with the advertiser. However, if the ad is found to be in breach of the new appendix, then the media service provider will be responsible. Ofcom will act as a backstop regulator in these circumstances.

Advertisers and VOD providers have been urged to consult CAP Copy Advice for “fast, free and expert advice” to ensure their ads comply with the rules and sign up to CAP Services to access all the available guidance.

The ASA is soon to launch a general awareness campaign to promote its work.