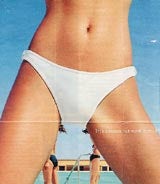 Food giant Unilever Bestfoods has been censured by the Advertising Standards Authority (ASA) for claiming that its Knorr Vie soups provide the equivalent of three portions of vegetables. The ad, created by BMP DDB, has been labelled misleading.

This is the second time this year that a food manufacturer has been rapped for making the claim. Early this year, rival Heinz was asked to amend a campaign that used the strapline: “5-A-Day The Heinz Way” (MW April 24).

The advertising watchdog has also upheld another complaint against Knorr for implying that the soup is as healthy as non-processed fruit and vegetables, because the soup brand is high in salt.

The ASA, however, did not uphold the complaint that the Knorr ad misleadingly implies that it complies with the official dietary guideline of five portions of fruit and vegetables.

Separately, complaints against Reckitt Benckiser’s campaign for Veet bikini hair removal cream have been upheld. The ads show a girl in a bikini kneeling beside a swimming pool, with only the lower part of her body visible. Two girls in ponytails are shown standing behind her in the distance, and the ponytails are positioned to give the impression that pubic hair is peeping out the girl’s bikini bottom.

The ad, created by J Walter Thompson, use the tagline “This summer put stubble trouble behind you”. The ASA says the ad is likely to cause serious or widespread offence.