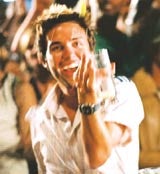 The Advertising Standards Authority is set to crack down heavily on alcohol advertisers such as Bacardi, after it issued stricter than expected industry guidance based on revised alcohol television advertising rules, yesterday (Tuesday).

The industry had been expecting a watered-down version of Ofcom’s proposed advertising rules.

The ASA Broadcast Committee for Advertising Practice’s (BCAP) interpretation of the new rules prohibits the portrayal of alcohol as the successful ingredient in a “social occasion”. This will, in effect, spell the end of Bacardi’s party ads as well as ads for the WKD brand, complaints against which have been upheld in the past for featuring “juvenile behaviour”.

The new BCAP guidance says alcohol advertisers should “steer clear” of youth culture and also prohibits ads with “strong appeal to people under 18”. BCAP is responsible for creating the general principles that the ASA enforces.

The guidance also forbids “any suggestion that an individual’s behaviour or performance can be changed by drinking”. This calls into question numerous ad campaigns, including the Guinness “mustang” ad.

The ASA has also issued a new rule concerning health and dietary claims. It says “low” or “lower”, as a description of calories or carbohydrates, is “potentially misleading”. A BCAP guidance note adds that the claim “should be purely factual, only in numerical form and expressed per unit of alcohol”.

The guidance notes have been drafted to help advertisers to interpret and apply Ofcom’s revised alcohol TV advertising rules, which came into force on January 1. They are open for comment until April 11. Advertisers have a grace period until the end of 2005 for advertising that was approved under the old rules but would not now comply.