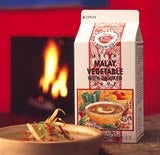 Baker Warburtons this week escaped censure by the Advertising Standards Authority (ASA) after 13 complaints that poster ads for its bread could encourage anti-social behaviour.

The three executions showed a serrated bread knife, a hand holding a rolling pin or a fist wearing an oven glove, under the headline “Respect the Bread”. The complainants claimed that the ads, created by Bartle Bogle Hegarty, could cause undue distress and condoned anti-social behaviour.

But the ASA came down on the side of the advertiser and agreed that the posters were light-hearted and part of a humorous campaign.

Colgate-Palmolive did not escape so lightly, after rival manufacturer GlaxoSmithKline complained about a press ad which claimed that Colgate Whitening toothpaste was superior to its competitors.

The ASA ruled the test results provided by the advertiser to substantiate the “superior stain removal” claim were out of date and did not include a wide enough range of products.

The watchdog also upheld more than 80 complaints about a direct mailing for a slimming product produced by Health Laboratories of North America.

The company claimed its Berry Trim product could help people lose up to 70 pounds in eight weeks. The company did not respond to the ASA’s enquiries and was ordered to consult the Committee of Advertising Practice (CAP) copy advice team before advertising again.

Sportswear company Reebok plans to launch a product range aimed exclusively at women to compete with Nike’s women-only chain Nikegoddess. Reebok has already announced the US launch of footwear and clothing – and new advertising – aimed at women. The company has also launched a website for women that features the new ranges, as well […]