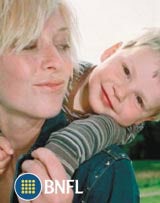 The Advertising Standards Authority (ASA) has censured British Nuclear Fuels (BNFL) for making misleading claims in a press campaign about the effects of its Sellafield operations on the environment.

The ASA has ruled that BNFL cannot predict the effects of Sellafield on the environment and therefore the “absolute claim” in the campaign is misleading.

BNFL has long struggled with an image problem, thanks to widespread concerns about the use of nuclear fuels. The Sellafield nuclear complex, based in Cumbria, is associated with the discovery of a high incidence of childhood leukaemia in a nearby village in 1983.

The ASA has upheld complaints against a direct mail campaign by Halifax, which compared its loan rates to those of rival Royal Bank of Scotland (RBS). The ASA branded the Halifax mailing as misleading. It has also asked the advertiser to ensure that all information quoted in comparative advertisements is correct in future. The complaints were made by RBS.

Boots CFO Michael Snape and CMO Pete Markey agree strong relationships between marketing and finance are built on relentless communication, data and understanding how marketing fits into the broader agenda.