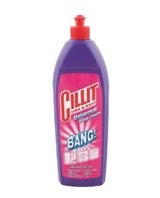 The Advertising Standards Authority (ASA) has censured cleaning brand Cillit Bang, which made its launch debut with an ad campaign featuring a discoloured coin that emerges shiny and clean when dipped in the product.

The ASA has decided that the Reckitt Benckiser-owned brand cannot continue showing the image of the coin emerging clean within 15 seconds, because the claim cannot be substantiated by any evidence.

The ad, created by JWT, triggered 26 complaints. Some viewers complained that the product portrayed as a fast-acting cleaner gives a false impression of its efficacy, because the evidence doesn’t support the exaggerated claim.

The advertising watchdog has not upheld complaints against objections that Cillit Bang makes the misleading claim “limescale is simply calcium that sticks”.In a separate move, Procter &amp; Gamble has been asked to remove a television campaign for Head &amp; Shoulders Sensitive offering a free sample of the shampoo by logging on to the brand website.

The ad, created by Saatchi &amp; Saatchi, attracted five complaints because when the viewers logged onto the website, it said that the offer of a free sample had finished.

When the advertiser was alerted to the situation, the campaign was taken off air.Meanwhile, the Reebok TV ad starring rapper 50 Cent is under investigation by the ASA. The ad has so far attracted 36 complaints on the basis that it condones gun culture.