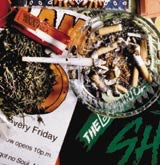 Imperial Tobacco’s Rizla advertising is being scrutinised by the Advertising Standards Authority (ASA), after rival Zig-Zag complained it condones the use of drugs.

The complaint swiftly follows the introduction of guidelines by the Committee of Advertising Practice (CAP), warning against using drug references in the marketing of rolling papers and filters. The CAP guidance, drawn up in consultation with the rolling-paper industry and the Department of Health, also stipulates that tobacco paper advertising should not depict smoking or suggest smoking is glamorous, rebellious or aspirational.

The new rules could help Zig-Zag’s case against Imperial Tobacco. This is the fourth time the company has complained of drug references in the “twist and burn” Rizla advertising, which shows a packet of Rizla papers in situations such as being roasted on a spit.

Zig-Zag is confident that its complaint will be upheld, after the CAP sent out draft recommendations, which will be put before the ASA, that state the advertising “could be seen to condone the use of drugs”.

Imperial Tobacco marketing manager for tobacco products Terry Rogers says he is surprised the recommendations may rule against the Rizla advertising: “We have had no consumer complaints since we launched the campaign.”