This week, the ASA celebrates its 50th anniversary. During this time , it has grown to encompass promotional and direct marketing and more recently broadcast and online marketing communications.

Perhaps as a consequence of its maturity, it is difficult to find anyone with any serious concerns over its veracity. Successive Governments have declared their support and brands but for the occasional exception – Ryanair chief executive Michael O’Leary has been colourful in his criticism over the years, most recently describing the ASA as “idiots” for banning an ad for a charity calendar – stand squarely behind it.

Mike Baker, chief executive of the Outdoor Media Centre delivered a delivered a testament typical of many in the industry when he says: “The ASA brings a great deal of common sense and judgement to their rulings. We have a grown up and balanced hand at the tiller that does not react in a knee jerk manner.”

Central to the industry’s support of the ASA is its self-regulatory nature. The watchdog is funded by the industry, which opens it up to accusations of bias. However, it is noteworthy that such criticisms have been few and far between .

Many in the industry consider the UK’s self-regulatory system the best in the world. Any switch to a statutory system overseen by Government would be costly and counter-productive, it is argued.

Jo Farmer, media, brands and technology partner at law firm Lewis Silkin, says: “I don’t see that Government regulation of advertising would raise the bar of compliance because the vast majority of advertisers are keen to ensure compliance with the existing self regulatory code.

“It [statutory regulation] would dramatically increase the cost of compliance. If complaints about advertiser compliance were handled by the courts rather than a self regulatory body like the ASA, we could expect costs to sky rocket.”

Roy Blanga, managing director of Groupon UK, which was forced to change its advertising earlier this year after the ASA had referred it to the Office of Fair Trading for persistent breaches of the Committee of Advertising Practice’s codes, says self-regulation complements legislation.

He adds: “If you look at some of the most effective things that the ASA has achieved it is where they have helped brands to understand the consumer point of view in regards to their advertising. Coaching and mentoring brands through this process is something that Government would not have the time, resources or preparedness  to do effectively.”

Despite enjoying the support of many in the industry, complaints about the length it often takes to resolve complaints continue to dog the regulator. Rulings on ads that have stopped running some time ago, typically tactical supermarket activity, are not uncommon. The ASA has made a number of process changes in an attempt to address what itself admits is in issue but the problem continues to irk some stakeholders. Elsewhere, concerns over consistency persist, particularly when television spots cleared by copy advice body Clearcast fall foul of the ASA.

Farmer adds: “It is still hard to explain to advertisers how this works, and feels inherently unfair to advertisers spending many hundreds of thousands of pounds on producing a TV commercial and buying media time for the TVC, who get clearance from Clearcast saying that their advert complies with the Code but then after airing receive an ASA complaint which is upheld, because the ASA disagreed with Clearcast.”

The main issue the ASA is likely to face, however, is the continued extension of its remit. Last year’s addition of online marketing communications significantly increased its workload and prompted a review of its processes and changes to its funding structure. It is expected the watchdog’s remit will be extended to include oversight of online behavioural advertising, the practice of taking data from consumers’ computers to help develop targeted online advertising, before the end of 2012.

If difficulties do lay ahead it is in coping with what is likely to be a continually increasing workload. The ability of the ASA to adapt to change over its 50 years, and the level of respect it seemingly commands among its stakeholders could also prove to provide its biggest challenge. ASA chairman Lord Chris Smith, however, says the organisation is prepared. “It is likely that there will be a lot changes over the next few years.. The biggest changes coming, however, are probably not yet known. Advertising is changing rapidly. We need to be fleet of foot.” 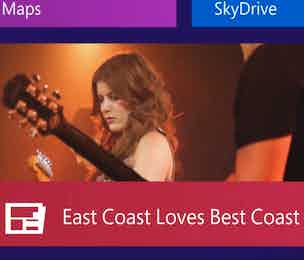 Microsoft has unveiled a music-focused global ad campaign to support the launch of the Windows 8 operating system as it looks to capture the “open and inclusive spirit” of the new brand. 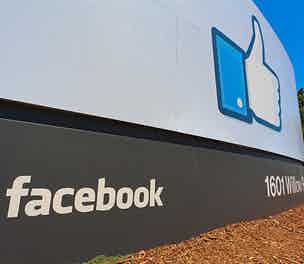