The Advertising Standards Authority banned the press advertisement because the claim used in the ad, that “1 in 6 children in the UK are sexually abused” could not be substantiated as it was based on nine-year-old evidence.

The watchdog adds that readers might also infer that one in six children were the subject of physical abuse only, despite the 2000 definition of sexual abuse being based on both contact and non-contact activity.

The NSPCC says the report’s findings were still “held in high regard”, cited in journals and Parliamentary hearings, despite the study being conducted in 1998/99 and published a year later.

The charity adds that it “strongly maintained” that non-contact abuse, such as exposure of genitalia, should be defined as sexual abuse, adding that it shares this definition with the Department for Education.

The ASA ruled that the ad breached the Committee of Advertising Practise Code rules on “substantiation” and “truthfulness” and must not appear again in its current form. 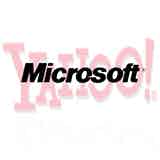 Microsoft and Yahoo will fail in their joint bid to win market share from Google unless client service levels match the standard set by the runaway sector leader, according to UK search specialists. 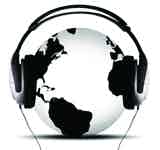