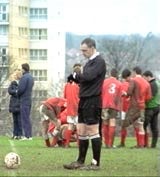 The ASA has not upheld the complaint against the ads, which were created by Wieden &amp; Kennedy.

Coca-Cola relaunched Powerade last year, in an attempt to muscle in on the UK sports drink market, which is dominated by Lucozade Sport (MW November 22, 2001).

GSK questioned whether Coca-Cola had product-specific evidence to make claims such as: “Powerade will help you maintain your best performance for longer” and “an optimum combination of fast-acting carbohydrates, minerals and electrolytes to help prevent dehydration and delay the onset of muscle fatigue.” But the ASA says that claims have been substantiated.

The ASA has reprimanded Urban Bar for its press ad in a free local newspaper, The Wharf, which shows the image of Jesus on the cross and says: “On the third day, he rose from the dead, and asked for a Vodka &amp; Red Bull”. The ASA has asked Urban Bar not to repeat the ad, stating that it trivialises the resurrection and is likely to cause widespread offence.