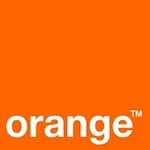 The decision comes as the ASA and regulatory bodies BCAP and CAP are launching a crackdown on how broadband services are advertised to consumers (nma 17 June 2010).

Hutchison-owned 3 has long disputed Orange’s claim to have the UK’s largest 3G network and reported to the ASA a regional press ad where Orange claimed its 3G network “covers more people in the UK than any other”.

The regulator today ruled that Orange’s claim in the ad was unsubstantiated and likely to mislead consumers.

A statement from the ASA read: “The ad should not appear again in its current form. We told Orange not to compare its population coverage with that of competitors unless it could demonstrate that such claims were based on directly comparable measurement and reporting methods.”

Marc Allera, 3 sales and marketing director, said, “Consumers struggle to get a consistent picture of how 3G networks compare when it comes to coverage. It’s in their interest for there to be a definitive view on 3G network coverage.”

Lynsay Taffe, ASA communications and policy manager, told new media age it was launching a comprehensive review of how broadband services are advertised.