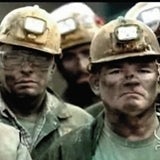 The Advertising Standards Authority (ASA) has ruled that a Pot Noodle ad showing Welsh miners “digging” noodles out of the ground is not racist.

The ASA launched an investigation after receiving 81 complaints from consumers angered by the ad, which shows Pot Noodle being mined in South Wales.

Pot Noodle agency Mother says that the execution aimed to be humorous, because the concept of mining for noodles is absurd, and was not intended to be at the expense of miners or Welsh people.

Pot Noodle, owned by Unilever Foods UK, is produced at a factory in Crumlin, which employs ex-miners. Mother consulted them – and also the National Coal Mining Museum – during the making of the ad. The ads were meant to be funny, but the miners were also presented as hard working and courageous.

Pot Noodle has a history of running subversive and offensive advertising, and the ASA has investigated a number of its ads over the past decade. The brand’s previous ad, which had the strapline “Have you got the Pot Noodle horn?”, was the third-most complained about ad last year. It was created by United London.

â¢ Meanwhile, the ASA has upheld consumer complaints about a Barclays Bank TV ad offering “10% on our regular saver account”. The ASA ruled that the ad did not make it clear enough that there were major restrictions on the offer, including the fact that it was for one year only, and that customers would be required to switch their current account to Barclays. It has been told not to use the ad again in its current form.