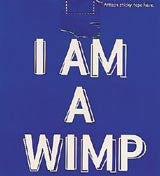 Letts Educational, which provides exam study and revision guides, has been rapped by the Advertising Standards Authority (ASA) for a school promotion that could encourage bullying.

The campaign for the Letts Challenge, an online competition for teams of schoolfriends, featured two postcards with the messages “I am a wimp” and “I’m a big wuss” distributed at an unnamed school. Both postcards had directions for sticking them onto the backs of children who didn’t participate in the competition.

The ASA upheld a complaint that, rather than encouraging friendly competition between teams, the postcards could encourage bullying. Letts says it regrets that a child had had a bad experience as a result of the cards, and that it had researched teachers’ opinion of the messages.

â¢ The ASA has partly upheld a complaint by Express Newspapers about a direct mail campaign by rival Associated Press (AP). Express readers were targeted with a mailing that asked whether they were happy with their newspaper, pointing to continual changes that its Daily Mail had undergone. It also claimed other readers had switched to the Daily Mail.

The ASA said that the claims about changes in content and character were opinion, but it upheld a complaint about the claims that Express readers were switching to the Daily Mail. It said the market was in general decline, but that the Express was losing readers more quickly than the industry average, and this was not solely due to the Daily Mail.