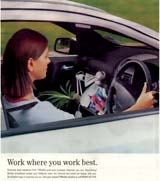 The ads, created by Grey London, show people using traditional remedies, such as being dunked in ice, in mock black-and-white footage. The ASA says it has received 15 complaints about the TV ads so far, but has not received any for the poster campaign.

– The ASA is also investigating 40 complaints about a direct mail campaign for Esporta health clubs, which features images of people with unhealthy lifestyles and the message “We’ve been watching you”.

– Meanwhile, the ASA has banned a Saatchi &amp; Saatchi poster for T-Mobile because it appears to show a woman using a mobile phone while driving. The authority ruled that it could be inferred the driver was using a communications device while driving, which is illegal, and described the image as “irresponsible”.