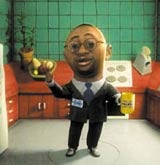 The Advertising Standards Authority (ASA) has upheld a complaint by financial company Egg against rival Halifax for a press campaign with the headline “Egg beating”.

The ASA has ruled that the headline is misleading because Halifax does not offer better rates than Egg, and has asked the bank not to repeat the claim.

The advertising watchdog has also upheld complaints against a mailer from energy supplier npower, for misleading customers into believing that they could be eligible for a £50 discount if they signed up with the company. The discount is available only to those who buy both electricity and gas from npower or those who have access to mains gas. The utility company has been asked to amend its claims.

In ASA’s annual report for 2003 the leisure industry was ranked top for complaints for the fourth year running. The ASA received 3,929 complaints in that sector last year. Complaints about holidays and travel rose by more than 50 per cent, but objections to food and drink ads (excluding alcohol) fell by more than half to 888 complaints.