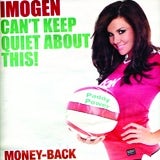 The news comes as the ASA reveals that gambling brands achieved 96.1% compliance with the Advertising Codes in its latest Gambling Advertising Survey.

Despite only 31 out of 800 gambling ads that ran during last year’s World Cup in South Africa being found likely to breach rules, the ASA identified that brands offering “free bets” without including terms and conditions was an area of concern.

Chief executive of the ASA, Guy Parker says: “In the overwhelming majority of cases advertisers continue to promote their products responsibly. However, the sector should ensure that ’free bet’ promotions are advertised fairly. If they do not, the ASA will not hesitate to take quick and effective action to remedy this problem.”

It is the second time the ASA has carried out the survey since strict gambling rules came into force in 2007.

Online bookmaker Paddy Power revealed former Miss Wales and Big Brother contestant Imogen Thomas, who is at the centre of a media storm around “super injunctions” due to an alleged affair with Manchester United player Ryan Giggs, as the latest star of its adverts earlier this week.