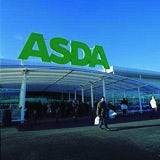 Simon King will join the Wal-Mart owned supermarket in January 2011 and take over responsibility for all retail and supply chain operations including distribution, customer service and internal communications.

King was previously CEO of Tesco Kipa in Turkey and has run Tesco’s international operations in South Korea, the Czech Republic, Slovakia, Poland and Hungary.

Asda has also promoted its director of marketing strategy Jon Owen to marketing director replacing Mark Sinnock, who left the company in June.

Asda’s full executive committee is made up of: