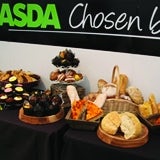 He left his position on 1 January to focus on parent company Walmart’s acquisition of MassMart in South Africa.

Bond will also leave Walmart once the deal is completed, which is expected in March.

Clarke has introduced several initiatives to improve perceptions of the quality of its food including relaunching its mid-tier private label range under the “Chosen by You” brand name.

The relaunch has helped buoy its market share, which stabilised at 17% in November, following several months of decline, according to Kantar Worldpanel data.