Outgoing CEO Andy Bond joined Asda as a marketer reporting directly to then chief executive Archie Norman (now at ITV) before heading up the George clothing business. However, Clarke is steeped in operations rather than a marketing background.

Alan Treadgold, head of retail strategy at advertising agency Leo Burnett, says: “Having a marketer as CEO is not always a good thing and it makes sense for a CEO to come from an operational background if the marketing is going well.”

However, he says that Asda has not been as strong in its marketing as it has been operationally.

Treadgold says: “Its marketing is not where it needs to be. It’s the weakest of the big four supermarkets and in some senses a one trick pony talking about price. The new CEO would need to revisit the other attributes of Asda and give customers other reasons to shop in its stores.”

Clive Black, analyst at Shore Capital, says: “Asda was transformed on morale and marketing in the era of Archie Norman in the Nineties, and will need to do the same in the future.”

He adds that as Clarke knows the Asda business well, he should understand the importance of marketing.

Matthew Piner, retail analyst at Verdict Research, says Asda appears to be stepping back from a convenience retailing. Instead Clarke, with experience at Iceland and Matalan, is likely to focus on improving its food retailing business to become the “clear number two” in the UK and on broadening its non-food and e-commerce operations to become the market leader in general merchandise.

Piner adds that his appointment implies a consistency of strategy from Bond to Clarke’s leadership and “if Asda wanted to make a change they would have made a more radical appointment.”

Retailers are failing to improve email marketing and integrate campaigns with social media, according to an annual report by dotMailer. 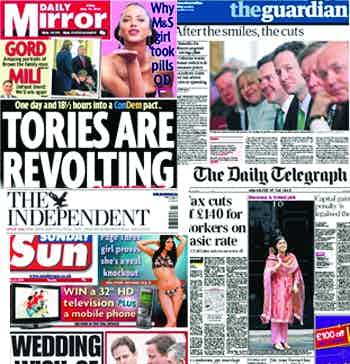