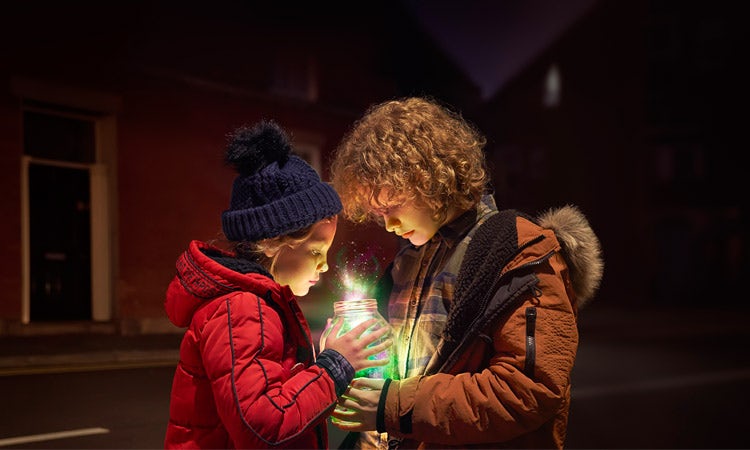 Asda is looking to pull on those all-important heartstrings this festive period with its first 120-second Christmas ad – a Northern Lights-tinted tale of two children spreading Christmas magic across their town.

Created with agency partners AMV BBDO and launching with the help of ITV, ‘Let’s Make Christmas Special’ will kick off on Friday (1 November) evening with a takeover of the ITV weather and opening credits of Emmerdale. The main two-minute spot will then make its debut during Saturday evening’s X Factor.

There has been a significant change in creative and strategic direction compared with last year’s adrenaline junkie Santa, which Asda says was its best-performing Christmas ad for several years. Key to this has been adding another layer of “emotional storytelling”.

“We looked at what we did last year and said we had a lot of joy, but how do we keep that and add another layer of emotional storytelling that we could pick up on and keep the same brand attribution and things that go with that?,” Asda’s chief customer officer Andy Murray tells Marketing Week, ahead of the big reveal later this week.

“We haven’t backed away from [talking about price and product]. It’s the same percentage as we had last year on how much we’re communicating our offer. By starting with a really strong brand story and building that base, you can then pivot into the rest of it and have that make a lot of sense. Last year’s approach is more vignette oriented. This year we took it as one integrated story. That will play through all of it.”

Econometrics showed us you don’t need to land so many different messages to be effective.

Asda shot 65 pieces of content over six days, which will run across digital and social with “the same look, feel, tonality and storytelling” as the main 120-second film.

Asda will also run a 60-second version and 10 10-second ads that will spotlight the price of individual items, ranges and offers. A further three 30-second ads will focus on gifting, parties and the big shop closer to Christmas.

Murray says in spite of the various social, political and economic factors at play, customers made it clear in focus groups they did not want to hold back or “skimp” this Christmas, a key factor in influencing this year’s creative direction.

As such, Asda will be featuring a lot of products from its ‘Extra Special’ range, having found showcasing more premium items last year improved both quality and price perceptions of Asda’s other lines.

“We typically don’t put a lot of Extra Special product into the advertising around Christmas just to make sure we have a broad church of products for everybody,” Murray explains. “But we felt, the idea of Extra Special and leveraging the product line-up, then what customers told us they wanted to do this Christmas, in the core of that we had a place of real territory to play.”

Looking at the econometrics from last year’s Christmas activity, Asda found it could make a bigger impact with fewer spots, so it has reduced the number of ads it puts out to give them “more room to breathe”.

“You don’t need to land so many different messages to be effective,” he says. “The econometrics showed us which of the ads outperformed the others.”

Another “key learning” for Asda was finding that talking more about ranges resonated with a broader audience than a specific item, which will be more evident in this year’s campaign.

“You might have a great item but when you look at a range you actually reach more people. That’s a bit of insight that came back from the econometrics that let us tune the creative and the amount of ads that run in the market. We can do slightly less, [but the] same amount of media, and get more value from the frequency of it.”

“You can be penny wise and pound foolish on a shoot like this and the fact we were able to get so much content out of a six-day shoot is incredible. It is way more economical for us to shoot it this way.”

As part of the campaign, Asda has created a children’s book, ‘Santa’s Leftover Magic’, and will donate 10% from every £3 sale in store to Fight Hunger and £1 for each of the first 10,000 books downloaded digitally. Asda will also double its green token donation to charities in November and December. 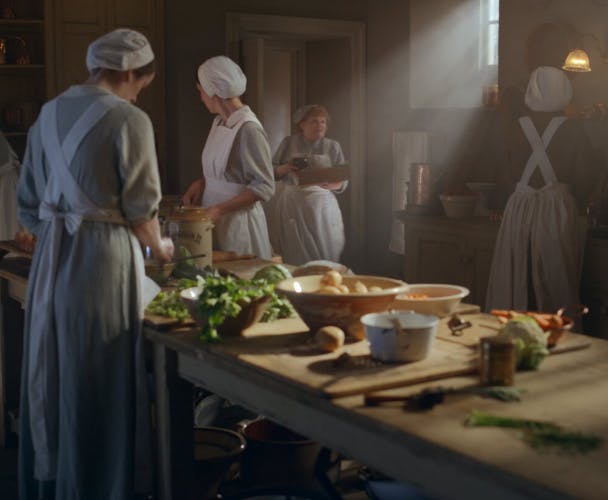 The campaign aims to draw synergies between Asda and Downton Abbey’s focus on quality and highlight how food is at the heart of every British home.