Speaking to Marketing Week at an event in London yesterday (11 December), Asda CMO Stephen Smith claimed that the firm’s ad tracking measures,show that the quality message is resonating with customers. Sales of products that appear in the ads are also on the up, with wine lines found in its Christmas campaign seeing a 167 per cent sales boost, he said.

“As we look at our ad tracking we know we are breaking through. We look at a few different measures but the ones relevant here are awareness and appeal, appeal means I like it and it would make me do something .The appeal ratings on our quality advertising are through the roof.

“And then sales. Any product that we are putting in ads and in the press has had unbelievable sales.”

Smith did not give specifics, however, according to figures from YouGov’s BrandIndex, there has been a drop, albeit small, in perception of Asda’s quality among people that shop there since the new ads launched. The quality rating over the past 30 days has fallen to 11, from 14.4, and Asda remains 8th in a list of the top 25 supermarkets.

In that ranking, Aldi comes in at number 8 with its price and quality message cutting through. Smith said Asda hasn’t shifted its marketing message due to any rivals’ performance, but figures from Verdict last month showed that the number of consumers doing their full grocery shop at the discounter rose from 2.9 per cent a year ago to 4.4 per cent, with 19.7 per cent of those switching coming from Asda.

Smith admitted that Asda has struggled to change quality perceptions previously because it only communicated quality at key moments, such as Christmas. It is now planning a big push through 2014, starting in the first quarter when it will launch its first “comparative spots”, comparing the quality of its products to those of its rivals.

“We have previously talked in moments [when communicating quality] but you can’t break through quality perceptions with that. We want to tell stories about our products and communicate in a different way,” he said.

Smith said Asda will continue with its strategy of creating lots of ads round a particular theme, rather than one “big flashy” ad that customers can get “bored” by. Price will also remain a “cornerstone” of its marketing, highlighting its beating not matching message, particularly as its competitors become more promotional as consumer spending remains under pressure.

Asda is investing £1bn in keeping its prices low over the next five years, dropping prices on essentials such as milk and bread rather than offering short-term discounts or switching between high and low pricing. However, one event Asda has given into is Black Friday, using the scale of its parent company, Walmart, to offer big discounts on items such as a 42” LG Plasma TV for £259 and a Samsung Galaxy S3 Mini smartphone for £99.

Asda said electronics sales volume was up 400 per cent that week year on year, with a halo benefit of the event boosting sales of food, the George clothing brand and general merchandise. It plans to repeat the promotion next year and is considering extending it online, having previously only made products available in-store. 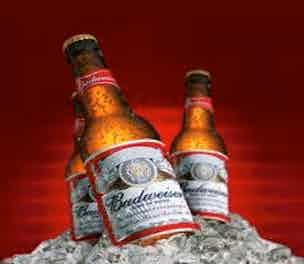 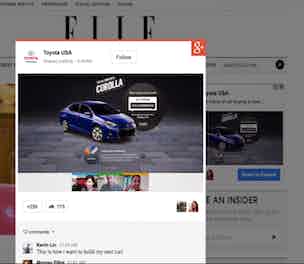 Google is testing a new ad format that allows brands to turn their Google+ posts into social ads that will appear across the web using the search engine’s display ad network.