The supermarket joins its rivals in developing a stronger narrative for price promotion activity rather than blanket price cuts in an effort to build more engagement with customers.

Price Lock is a commitment to keep the price of basic products such as milk, eggs and bread at consistently low prices for a minimum of 12 weeks, where it claims other supermarkets’ prices fluctuate more regularly.

A TV ad created by Saatchi & Saatchi and timed to coincide with today’s Budget, shows a mum holding a red lunchbox coming out of ‘number 11’. It positions mums as ‘Chancellor of the Checkout’ to play on the Chancellor of the Exchequer revealing the annual Budget.

The supermarket is deriving the narrative for its advertising campaign from its Mumdex customer insight panel which revealed the rising cost of living is families’ primary concern.  Asda also claims 95 per cent of mums say their standard of living is the same or worse than a year ago, 70 per cent are budgeting more now last year and 75 per cent regularly compare prices.

Price Lock is an extension of the £100m investment Asda made in 2012 to lower prices of essential products for the long-term, not just a promotional period.

Stephen Smith, Asda’s chief marketing officer, says: “Mums are telling us that they’re worried about the spiralling cost of living and could use our help … at the heart of the advert and Price Lock campaign is a very serious message. I hope we can give mums a little certainty at a time when their budgets are being stretched to the limit.”

Morrisons CEO Dalton Philips has also pledged to make its promotional activity “bolder” and “more distinct” to go beyond basic price cuts. The supermarket is taking aim at Asda’s round-pound pricing strategy and has this week launched its ‘Every penny matters’ campaign inspired by the adage “‘look after the pennies and the pounds look after themselves”.

A spokesperson for Morrisons says the new promotional campaign is designed to “show customers we understand how hard things are at the moment, and that they can trust Morrisons not to charge them over the odds to feed their family, such as by rounding up to the nearest pound.”

The initiative is part of Philips efforts to overhaul the supermarket’s marketing to better emphasise its points of difference and improve performance after several quarters of declining sales.

Market leader Tesco has also rolled out Price Promise, an at-checkout coupon initiative pledging customers’ shopping will be cheaper or the same cost as at any other supermarket and offering a discount coupon if it’s not.

Alongside this new initiative Tesco is also this week running a £5 voucher promotion for customers spending more than £40.

The supermarket told Marketing Week Price Promise aims to “reassure shoppers they won’t miss out by shopping at Tesco” while the £5 coupon is a popular loyalty reward.

Julie Muttiallu, research manager at consumer insight firm River Research, says: “Supermarkets are cleverly trying to get price and quality across in ads these days and clearly know that consumers are looking for meaning and evidence to back this up. Low cost alone is not good enough anymore particularly with the rise in food concerns that have been cropping up.”

What is coming into play is a more nuanced approach to price messaging in the supermarket sector. This is something Sainsbury’s has been reaping the benefit of for the past 12 months. Its price messaging has been firmly lodged within its Live Well for Less brand positioning which means it resonates on a more engaging level than blanket price cuts.

Promotional activity is a constant in the supermarket world and the so called price wars flare up several times a year in particularly aggressive periods of price messaging.

The space becomes cluttered and noisy as each supermarket clambers to shout louder than the others. The end result is confusion and a blurry picture where consumers are unlikely to know which retailer is offering what discount and what that means in relation to the market.

In January Dalton Philips noted the amount of “me too” promotional offers over Christmas. For instance all the major supermarkets were offering 25% off alcohol. It’s not a compelling offer if a shopper can get the same deal everywhere. By adding more storytelling and building price messaging into the broader brand message the overarching marketing strategy is more consistent and more likely to mean something to shoppers.

FT editor Lionel Barber knows the title must innovate to survive. In an email to staff in January he said: “Our common cause is to secure the FT’s future in an increasingly competitive market, where old titles are being routinely disrupted by new entrants such as Google, LinkedIn and Twitter. 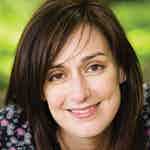 With regard to your article ‘Data ownership question needs solving too’ , it is clear the EU data guardians have their crosshairs resting on an issue of increasing significance in the digital age. Few would argue there is a profound lack of clarity to data privacy and indeed data ownership. That said, the proposed changes […]