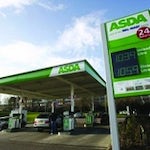 The supermarket is cutting the price of both unleaded and diesel by up to 1p per litre and 2p per litre respectively meaning customers will pay 111.9p for unleaded and 114.9p for diesel at any of its 180 forecourts.

The rising cost of commodities such as wheat is expected to drive up food prices for consumers.

The Wal-Mart owned supermarket claims to have already delivered £100m of savings to customers this summer through a “roll back” campaign lowering the prices of core commodities items including milk, eggs, bananas, bread, mince beef and sugar.

Earlier this month Asda cut the price of four pints of milk form £1.53 to £1.25, which was followed by price promotions from rival supermarkets.

It is also offering “half-price or better” deals on many everyday branded products such as cereals.

Andy Clarke, Asda president and CEO said: “These are increasingly uncertain times for millions of families across the UK, and it’s clear from all the data customers will need us more than ever.

“We’re shopkeepers not economists, but in this ’age of austerity’ we know the pennywise will thrive. Our stimulus package for the economy starts with saving our customers money every time they shop -real money that can be saved, or spent elsewhere.”

The supermarket says research it is due to reveal later this afternoon will show that consumers are facing the lowest disposable income for two years.

parent company Wal-Mart is due to report second quarter results this afternoon.