Asda revealed earlier today that it would slash 2p a litre on fuel and 1p a litre on diesel.

Tesco followed suit revealing similar price cuts of up to 2p per litre, from this evening.

In a statement, Tesco says the cuts are in response to an “easing of the pressure on world oil prices” and is passing on the lower prices to customers.

Tesco says the cuts mean “motorists across the country will find our fuel prices hard to beat.”

The cuts come as the Automotive Association warns that the average price of petrol in the UK has gone up to a record high of 121.61p a litre.

Both supermarkets say they wont launch ad campaigns to promote the price cuts.

Asda launched its Price Guarantee earlier this month, claiming that it would end the price wars between the supermarkets.

A round up of retail stories from past week… Boots, Peacocks, M&S, DSGi, VAT

The Office of Fair trading has launched a review of the outdoor advertising sector to scrutinise the concentration of buying and selling power. 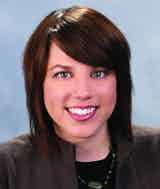 Liane Dietrich, MD of LinkShare UK, talks about the main drivers behind the growth of affiliate marketing and how performance marketing techniques are going to influence the industry in the coming year.