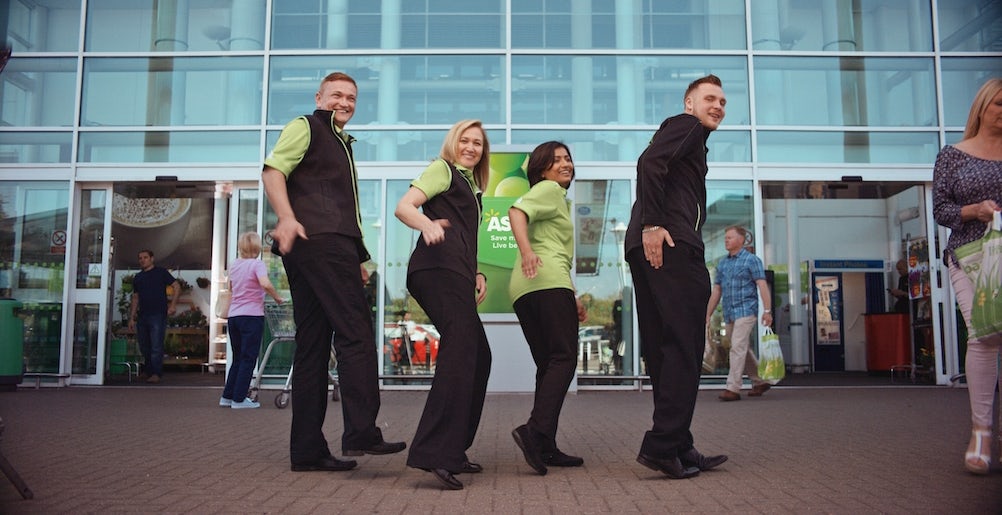 Asda has unveiled its second quarter financial results for 2015, posting a 4.7% fall in like-for-like sales for the 11 weeks to 30 June – the worst quarterly sales performance in its 50 year history. At the announcement in London today (18 August) president and chief executive Andy Clarke said: “We have certainly hit our nadir, every business has to have one.”

However, the Walmart-owned retailer believes there are “some positive green shoots” in the next quarter as the effects of its five-year strategy start to show.  Clarke added that the business is “committed to seeing it through no matter what the short-term disruption might be around us”.

Clarke said Asda has entered a different phase in its communication and, looking ahead to Q3, that it is resonating with customers who are enjoying the change its putting to its broader appeal.

“Customers are getting frustrated by that vehicle of continuing to challenge each other on price,” he said.

In July Asda launched a campaign under the strapline “Save Money. Live Better”, as part of its strategy to redefine value, as well as a new TVC celebrating the reasons why people love shopping at its stores – offering value with a bit of personality.

Speaking to Marketing Week Asda’s chief customer officer Barry Williams, said: “We are not jumping from one comms plan to another comms plan, we have set a clear strategy and it’s resonating with our customers so we are going to evolve it moving forward.”

Clarke said the business has made a conscious choice not to enter into “short-term traffic-driving initiatives”, such as vouchers and promotions, that have “the vanity of the top line number without the sanity across the rest of the P&L”.

In Asda’s view that is a short-term position. Clarke said that the retailer knows that it can make the choice tomorrow to invest in promotional packs on beer, sell lots of beer and drive traffic, but probably not sell anything else.

Williams said: “In this marketplace you have competitors that operate in different ways, trying to convince customers that they offer them bargains through deep short term promotions and vouchers. That is not the game we are in – we are in the game of long term stability and branding.”

It plays to Asda’s focus on having “everything under one roof”, including its George clothing and homeware brand. Williams said it’s “the whole that is so enticing to customers” and what they love about the supermarket.

“That is where we win,” said Williams. “You can cherry pick and go to the discounters and get a few bits but if you want to do everything, if you want to fill the car up, fill your kids, whatever you want to do, you can do it at Asda.”

Asda believes there are other positive signs for the business despite today’s results, including its performance versus the rest of the sector and its level of decline being better that the majority of its competitors, according to Clarke.

He said: “We have an enviably stable business with balanced books and the right strategy to return us to sales growth.”

Learning from the discounters

Asda’s strategy against the discounters does have a price focus, which is inevitable as price is the main reason for the rise of Aldi and Lidl as they capitalise on savvy shoppers.

Grocery share figures from Kantar Worldpanel for the 12 weeks ending 19 July show that Aldi grew by 16.6% while Lidl saw growth of 11.3%. Overall supermarkets are at 0.6% growth.

Clarke admitted that it would be wrong not to recognise that they continue to grow but that Asda’s objective will be to narrow the pricing gap with the discounters as it maintains the price gaps with the other three retailers in the big four.

However, the retailer also revealed that there is a lot that it takes from observing the way the discounters are working in the European market. Clarke said: “It has given us confidence that strategically we are executing the right plan.”

Looking at a business like Aldi, which is adding brands in but is still a predominantly private brand business, Clarke believes that it shows strategically that Asda is “heading in the right direction” from a private brand perspective.

Sainsbury’s has beaten Asda to the number two supermarket outside the Christmas period for the first time since 2003 as Asda continues to struggle in the fact of continued competition from the discounters.

As Aldi launches its “Championing the Great” campaign in the run up to the 2016 Rio Olympics, marketing director Adam Zavalis says Team GB felt the sponsorship was a natural fit as the retailer is “on the up”.