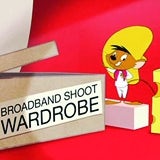 He will remain with Virgin Media until early 2011 and will be working with the company to find a successor.

Stockwell joined the company during the merger of ntl and Telewest in 2005 and has overseen the development of the Virgin Media brand, which launched in 2007.

Stockwell says he feels it is “now time to take on other challenges”.

Virgin Media recently reported a return to profit in its latest quarterly results and plans to launch its 100 Mb broadband offering next month in London.

It has just launched a campaign featuring cartoon character Speedy Gonzales to promote its superfast broadband.

The company posted a net profit of £41.8m in the third quarter, up from a net loss of £60.1m in the same period last year.