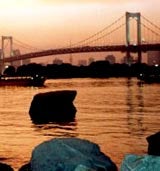 Japan’s deteriorating economy, a declining stock market, plunging profits at its major clients and declining billings (down 2.5 per cent in August) have not deterred Dentsu in its plans for an IPO on the Tokyo Stock Exchange this year. Sources say Dentsu will offer shares worth about $1.5bn (&£1bn) to investors worldwide in November. Dentsu has confirmed the intention, but declines to discuss details.

The offering, probably Japan’s largest IPO this year, was expected to be postponed – other major listings, by Seiko Epson and Nomura Research Institute have been put off because of market uncertainties and adverse conditions following the US terrorist attacks.

The Japanese media suggest that Dentsu’s listing has been forced through partly because its two main shareholders, Kyodo News (with 22.8 per cent) and Jiji Press (16.3 per cent), wish to unload much of their holdings to raise fresh capital, but no party will comment on this.

The IPO is expected to raise about $600m (&£400m) for the agency. The money will be used to fund the construction of Dentsu’s new headquarters building in Tokyo, and the development of its international network, but not to increase its share in BCom3. Following reports that Dentsu had offered to buy a further 20 per cent of BCom3 but had not been able to agree a price, a spokesman says simply that there are no plans to buy any more of BCom3.

According to one major Japanese institutional investor, Dentsu will automatically form part of any balanced portfolio of Japanese equities because of the company’s market dominance – it has about 24 per cent of the advertising industry in Japan – and because the cyclical nature of advertising revenues differs from other industrial cycles. But this is not expected to create sufficient demand for the shares, which brokers say could be priced low enough to make the offer attractive to individual Japanese investors.

But the technicalities of portfolio management and bargain pricing alone will not guarantee a successful IPO. Dentsu’s offer document will need to explain how the agency plans to grow. Large market share gains in Japan are thought unlikely, and so international growth will be needed. Analysts are not convinced that Dentsu’s 20 per cent stake in BCom3 will make it a driving force in the partnership, which has so far failed to deliver significant gains for Dentsu in either the US or Europe, the two regions where Dentsu’s wholly owned agencies have made little impact. Achieving the global reach of WPP or IPG is the most difficult part of Dentsu’s long-term strategy. Dentsu’s managers feel there is no long-term future in being just a large domestic agency since that would limit growth and weaken bonds with major international Japanese clients such as Toyota. Thus, it is no surprise that Dentsu now acknowledges that Dentsu Young &amp; Rubicam has a continuing role to play in its plans. It has had a number of meetings with Sir Martin Sorrell, described as “cordial and friendly”.

If Dentsu’s IPO goes ahead it will boost confidence in Japan’s troubled advertising industry and also pave the way for Tokyu Agency and Hakuhodo to proceed with their own IPOs over the next 18 months.