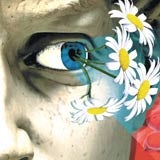 Some see companies’ relationships with design agencies and in-house marketing teams as being like romantic love and a stale marriage. In this view, agencies provide the creative spark and fresh thinking needed to set alight a blazing campaign. On the other hand, in-house staff, it is argued, lose their edge selling the same product year after year. They are constrained by rigid corporate protocol and have to report to finance directors who don’t understand their work.

To combat this, agencies are often asked to suggest ideas, based on their experience in many sectors. They plan the campaign and leave an in-house team to carry it out while the agency moves on to something more exciting.

Bored of the same old faces

DCG managing director Lars Clausen says: “In-house departments can become insular very fast. How can you keep on generating new ideas for the same market? Agency people might work on cosmetics one day and travel the next. Creative people are not at their best when they are in a routine and not stimulated.”

TDA planning director Neil Fox agrees: “If in-house agencies worked, then most companies would have them. External agencies would be few and far between. The fact that external agencies are the norm, and decent in-house agencies are rare, suggests that the in-house model is hard to get right. It’s hard to see how enthusiasm and creativity can be maintained if you’re selling the same product and brand year in, year out.”

This is one view. Others see in-house teams as having wide experience of their sector and corporate culture. They are the ones which have to pick up the pieces when an agency is given free rein to launch a creative yet inappropriate campaign.

Reader’s Digest creative director Simon Plent says: “Agencies are twice removed from the customer. The customer is the client, so much of its work is designed to sell the agency, win awards and show up in the market. We don’t have these distractions. Everything we do is focused on the customer.”

Nor does Plent believe that in-house teams necessarily become stale: “I disagree completely. We have to come up with new ideas, just like agencies.”

Reader’s Digest invented many of the direct marketing techniques in common use today, such as personalised direct mailing. Despite this, it still has many features typical of in-house teams. Plent says: “If you want flashy photography, then this is probably not the place for you. But if you want to write finely-crafted copy, it’s a very rewarding environment.”

While some marketers worry that the downturn is prompting companies to rely purely on in-house teams, which they say lowers creative standards, others argue that companies are equally likely to lay off their in-house staff and outsource. This could be just as worrying, if it means losing strong sector knowledge and corporate experience. Most agree, however, that finance departments are becoming increasingly concerned about results.

This is not news to Reader’s Digest. Plent says: “We test constantly. Agency creatives are not as close to the results of their work as we are. Here, if you have an idea, it doesn’t matter what I think – what matters is whether it works. Our people never have to say: ‘We produced great work, but the client didn’t want it’.”

Experian senior product manager Patrice Bendon points to a recent survey by her company, which found that most companies still see creativity as more important than data management in marketing campaigns.

She says: “Some companies are so bowled over by the idea of hiring an agency that they will give it power they won’t give their own creative people – especially if they are paying lots for it. Some directors will send out large volumes of mail, just to use up their budgets.”

Her company aims to educate businesses about the advantages of managing their data constructively. It launched Growmorebusiness.com in December, offering information about direct mail, and has 635 businesses using its Prospect Locator, an online marketing tool that enables small businesses to access demographic and lifestyle data.

Bendon’s views echo current thinking that creativity, internal or external, works best when backed by in-depth corporate and sector knowledge. Insight Group senior partner Mark Robson says many companies miss this: “Budgets are tight, so companies think the answer is to get internal departments to compete against external agencies. They do not discuss the best way forward for both and so miss good solutions.”

He points out that, if a client has a tight budget, there is little point paying creative fees for people to manage a database. He adds that pitching the department against the agency at the start can sour the working relationship if they are then told to work together.

Lowe Live managing partner Ian Taylor agrees: “In-house and external agencies can work well side by side as long as there is clear demarcation of responsibilities. Most campaigns create vast amounts of back-up brochures, manuals, welcome packs, renewal letters and statements. These should be done by people who know the customers and follow established corporate guidelines.”

DCG’s Clausen adds a caveat: “The two groups have to work closely together. The agency people must not be seen as a threat to internal jobs or as the ones who get all the fun parts, leaving internal staff to clear up afterwards.”

Many companies hire an agency for product launches. Taylor believes it is fair to ask an agency to pitch against an internal department for this kind of work, but he is wary of the trend towards asking lots of agencies to pitch against each other. He says: “The cost of a pitch can outweigh the advantages of getting the contract. There are also disreputable companies which hold massive pitches and then produce the ideas in house. A remarkable number of pitches result in no agency being chosen.”

DCG head of design Andrea Rumsey recognises this problem, but believes that pitching has advantages. She says: “Instead of getting one or two ideas from a few overworked people, you get four agencies to pitch and get eight or nine ideas.”

DCG has worked for the Institute of Direct Marketing for the past nine years. It also produces an annual publication for the British Tourist Authority (BTA). Rumsey explains: “BTA produces a publication in 26 formats and languages each year. We design this, but then the internal department ensures it fits its incredibly strict rules and regulations.” The BTA employs about six agencies, but it changes these according to need.

She believes that the economic downturn, and increasing sector maturity, means that many in-house teams are working more closely with agencies over longer periods: “There are more long-term relationships, which mean both sides have to work harder at communication. It is more a change in the type of relationship than a move away from agencies or in-house departments.”

Technology is also driving change, as the downturn has triggered interest in cheaper forms of direct marketing. Some agencies are specialising, offering expertise that few companies have internally. OgilvyOne consultant Jeffrey Manning predicts: “Clients will shift their focus to cheaper and more responsive channels, such as e-mail and telemarketing. This is good news for agencies.”

Robson agrees: “E-mail campaigns have taken off in the past six months. It’s revolution, not evolution, because it gives creative people so much flexibility.”

He predicts that mobile messaging will be the next route. “Third-generation mobile technology will allow the same functionality as a website, including interactive graphics and animation.” This will prompt companies to turn to agencies with experience of the new technology.

There is some risk – WAP, for instance, never took off as predicted. Taylor says: “We invested in interactive TV a few years ago and could not persuade a single client to get involved. We are now waiting until this takes off again.”

Successful agencies will have to provide creative uses for new media and solutions to problems. Robson says: “E-mail campaigns have to take into account technical limitations, since some people switch off the graphics on PCs and some company networks have firewalls that won’t let them through.” He says that a good e-mail campaign needs to use software that can spot what files computers are able to receive.

Help them to help themselves

Similarly, technology can log customer preferences so that future e-mails and messages are tailored to their interests. Robson says: “Once this has been built into a campaign, the internal team can use it for as long as they need. The agency can then move its creatives on to the next big thing.”

Investing in new technology in a downturn may seem an extravagance, but, while most direct marketers predict that the next six months will be tough, they are optimistic about the future. They agree that direct marketing is still expanding and is becoming increasingly sophisticated.