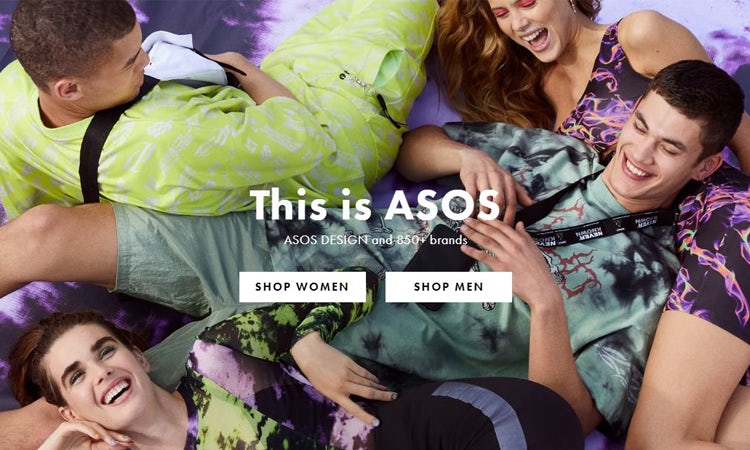 Another profit warning for Asos

Is the former darling of the fast fashion world in trouble? Alarm bells will be ringing for shareholders this week after Asos issued its third profit warning in less than a year.

Those have come for a myriad of reasons, from heavy discounting on the high street to a bungled warehouse launch. It’s clear all is not well in the world of Asos.

In the short-term, while profits are taking there are still positive signs. Asos is still making millions a quarter in profit and sales are on the up. But Asos’s woes are indicative of the way things are moving.

Sustainability is dominating headlines and people are now much more clued up than they were even just a few years ago, and this is impacting the way people shop and the brands they choose to spend with.

If Asos wants to offer people a £500 voucher on Twitter, like it did this week, it can’t expect to not be called out for encouraging the consumption of low-cost goods and the subsequent contribution to pollution.

Asos hasn’t done a particularly good job of staying relevant with its core audience either. You only have to look at its pureplay rivals Boohoo and Missguided with their Love Island sponsorships and very distinguishable ads to see how far behind Asos has fallen.

If it wants to remain a key player in the fast fashion pack, Asos will not only need to work on its brand, but also address people’s concerns around sustainability and prove it is fit for a world that is fast heating up. EH 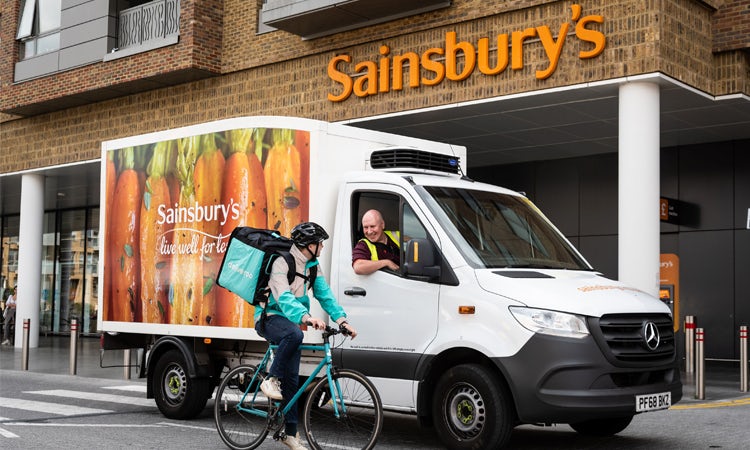 Over the next two months, customers will be able to order almost 50 Sainsbury’s products via the food delivery service, including pizzas, snacks, salads, dips and soft drinks.

With a market valuation of £8.1bn, it is no wonder Sainsbury’s wants a slice of the food delivery market. Morrisons, too, has its eye on this space, which shows supermarkets are thinking outside of the box in an ever-tough grocery market.

The thing is: do people actually want Sainsbury’s hot food delivered to their door?

The takeaway space is fiercely competitive and growing fast. If somebody fancies a pizza, the chances of them choosing Sainsbury’s over thousands of other options – whether from a big brand or local independent pizzeria – seems slim (unless I’ve been missing out on Sainsbury’s pizzas all along).

It is good that Sainsbury’s is alert to changing consumer trends and looking to new revenue streams, but it is going to have to work hard to find and maintain a point of difference in this space. EH

Paddy Power signs up more clubs to ‘Save Our Shirt’ campaign 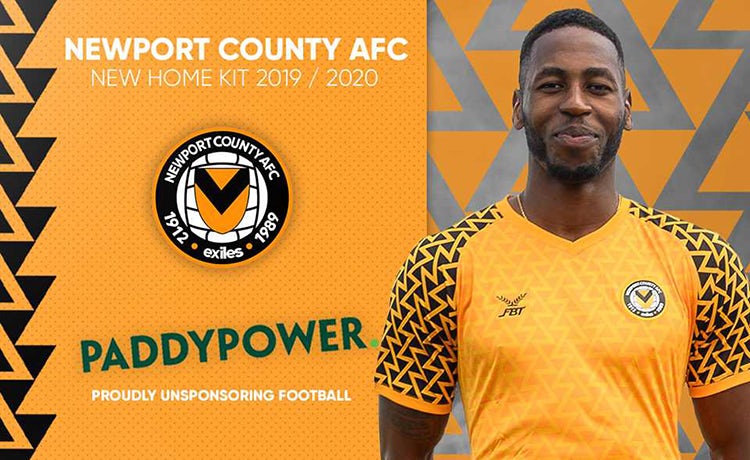 On a mission to save football from the scourge of heavily branded kits, Paddy Power brought its ‘Save Our Shirt’ campaign to Scotland and Wales this week.

The gambling brand is now ‘unsponsoring’ Scottish Premiership side Motherwell and Welsh League Two club Newport County, as well as adding League One Essex-based side Southend United and League Two club Macclesfield Town to its roster.

These sides join Championship club Huddersfield Town, which last week caused a serious stir by revealing its 2019/2020 season kit featuring a Paddy Power-branded sash covering the front of the shirt. As debate raged among fans as to whether the sash was really a PR stunt, the Football Association (FA) lodged a complaint about a potential breach of sponsorship rules.

It was, in fact, all part of a deliberately orchestrated strategy months in the planning between club and sponsor, alongside creative agency VCCP. The idea behind the ‘Save Our Shirt’ campaign is to “call bullshit” on lazy shirt sponsorships and highlight that fact that more than half of the teams in the top two tiers of English football are sponsored by a bookmaker.

Huddersfield Town’s ‘sash shirts’ are now being auctioned off for charity and the bookmaker is offering a ‘shirt amnesty’ outside the club’s first home game on 5 August for fans to hand back older branded shirts and receive an unbranded version.

Paddy Power was able to generate so much cut through by playing up to its maverick reputation, crafting a strategy where people believed the ‘sash shirt’ was something ‘Paddy might actually do’ and then flipping the idea on its head.

Rather than attempting to fight it out with its gambling rivals, competing for the most high-profile shirt sponsorship, Paddy Power has positioned itself as the one brand that cares about reclaiming the shirt for fans and had the last laugh on all the doubters. CR

Unilever’s ROI and marketing effectiveness gets a boost

Unilever says shifting to a more data-driven marketing approach has resulted in a “significant step up” in marketing effectiveness and ROI.

The FMCG giant, which posted a 3.3% year on year increase in sales in its second quarter results this week, says it has decreased its brand and marketing investment by 30 basis points while maintaining effectiveness through “new disciplines” such as digital advertising and real-time spend optimisation.

Effectiveness, hurrah! And through digital advertising? Double hurrah! But this is bringing about new challenges for Unilever; namely, it is struggling to hire people to run these often complex digital campaigns.

This highlights the fact there is a growing skills gap in marketing.

A few years back it was the norm for marketers to be generalists, but the pace of change and evolution of technology has brought with it the need for more specialists in areas such as data and programmatic.

But these are new disciplines in the overall marketing mix. As such, it has become increasingly difficult to recruit people with the skills needed for those jobs.

Unilever is one of the world’s biggest advertisers so it has the cash to spend on specialists and upskilling. With more digital hubs planned this year, Unilever will no doubt be on the hunt for new recruits. EH 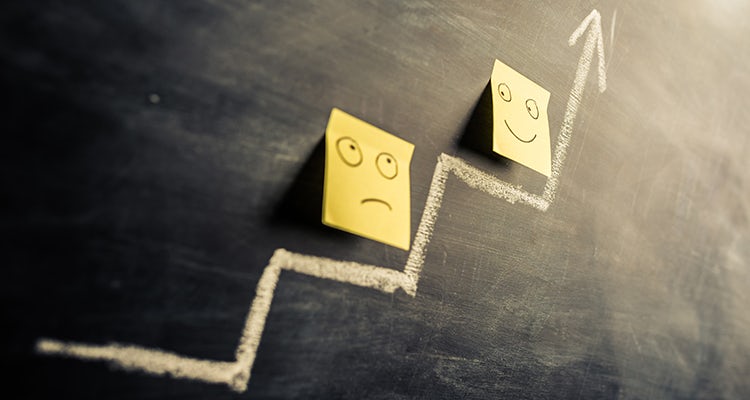 Customer experience has long been hailed as one of marketing’s most vital tools but that may no longer be the case, well, according to a survey by Dentsu Aegis of more than 1,000 chief marketing officers.

While 53% of CMOs say customer experience is one of their top three priorities this year, that figure is predicted to drop to 47% of CMOs by 2022.

Understanding consumer and market trends is also expected to slide down the priority list, with 53% citing it as one of their top three priorities in 2018 but just 47% expect it to still be in the top three in two to three years’ time.

What is rising up the priority list? Disruptive innovation and driving business transformation.

Launching new products and services, and ensuring your business is fit for the future are clearly important goals. But both things need to be done due to a customer need. By increasingly focusing on them, at the expense of understanding consumer trends and improving the customer experience, some CMOs are showing a lack of customer-centricity. EL 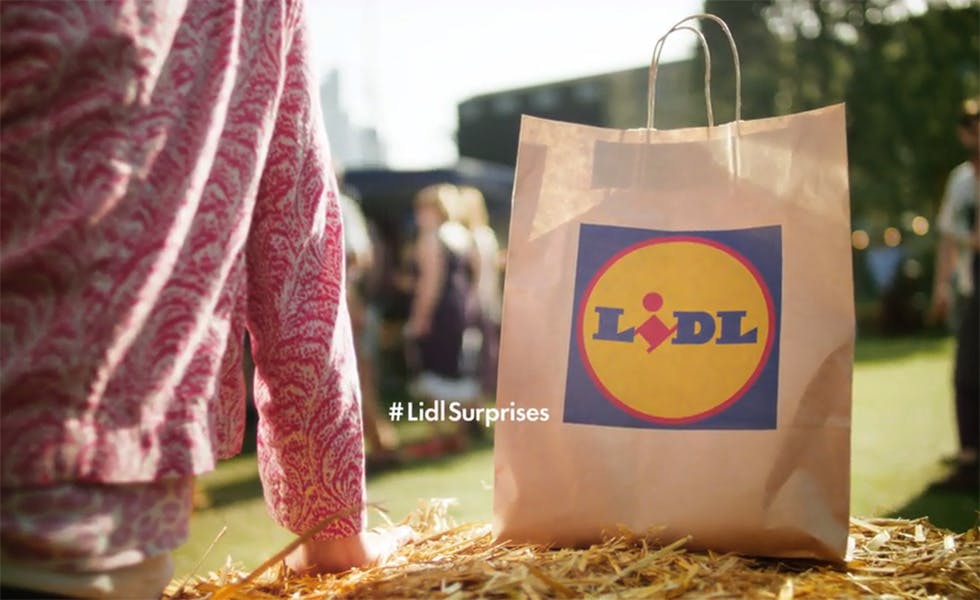