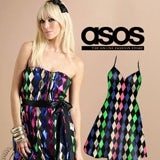 The application, to launch at the end of January, will be one of the first to allow people to buy directly from a brand without leaving Facebook.

Previously brands had used third-party social commerce providers or used Facebook as a shopfront, directing shoppers to their site to complete the transaction.

Asos will have its entire stock on the Facebook store, adding 1,300 products each week.

The Facebook app will also have increased social media functionality including ’like’ buttons and comments, which Asos said it would later consider adding to its main site. The Asos Facebook app is powered by Usablenet, which also powers the fashion etailer’s mobile site.

James Hart, Asos ecommerce director, says, “We have millions of visits and millions of pounds coming from Facebook to Asos. At the moment the Facebook shop doesn’t have real targets as such but in theory fewer clicks and barriers to purchase should mean greater conversions. We’ll have to see if it does lead to increased sales.”