A host of other Audi models also feature in the film as part of the product placement deal.

The car brand is running a TV ad campaign to promote its partnership with the Disney/Marvel film.

As part of the CRM activity for the partnership, Audi customers will have an opportunity to attend preview screenings of the film, which is released on 25 April in the UK.

Audi is also the sponsor of the film’s official premiere on 18 April where the Audi R8 e-tron will be on the red carpet.

Audi will host a number of promotional events at Chelsea FC’s ground Stamford Bridge. The car marque is the club’s official car partner.

Iron Man 3 branding will have a presence alongside Audi at driving events in the UK at Brands Hatch, where pit crew will be dressed as Iron Man.

Florian Zitzlsperger, head of brand partnerships at Audi AG, says: “The Audi R8 is the perfect car for Iron Man super hero and ingenious inventor, Tony Stark. His drive for innovation represents the constant quest for progress, which is a hallmark of the VorsprungdurchTechnik philosophy.”

The deal was brokered by Disneymedia+. 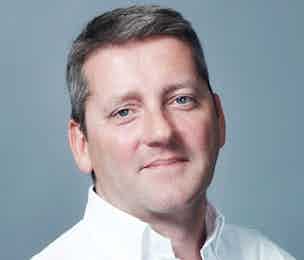 The new IPA president, VCCP owner and head of Chime Ventures Ian Priest, has created a client council for the industry body and launched a series of “hackathon”-style events to help foster advertisers’ “commercial creativity”.