Audi has come under fire for an ad that the Advertising Standards Authority says “links speed with excitement”, and breaks social responsibility rules.

The complaint focuses on an Audi R8 ad seen on 15 April 2016. The ad shows a car coming to a stop after being driven at speed. The car is heard accelerating through the gears while the passing lights of the road are shown in the reflection of the actor’s eye, with his pupils “contracting and dilating”.

The ASA is not convinced that the ad demonstrates road safety and believe it focuses too much on speed.

“The impression given was not one of road safety in general but that the R8 was equipped with brakes sufficient to handle the power and speed previously demonstrated.”

Audi disagreed with the complainants’ belief that the ad linked speed with excitement or that it was irresponsible. It said that the ad was “carefully shot” and that the cars were travelling at less than 30mph. It also said that the company had edited shots to avoid giving the impression of speed.

The ASA acknowledges that the scenes in which the car was visible did not show it being driven fast, though it believes the presentation of the ad gave an implication of speed and acceleration, and therefore breaches social responsibility and motoring advertisement rules.

“We considered that, where advertisers intended to focus on engineering aspects of the car, they should still take care to ensure the overall presentation of the ad was responsible,” says the ASA.

“The ad must not appear again in the form complained about. We told Volkswagen Group UK Ltd to ensure that future ads did not demonstrate power, acceleration or handling characteristics except in a clear context of safety and without the suggestion of excitement.”

A spokesperson for Audi told Marketing week: “We respect the decision of the ASA to uphold the complaint in this instance.” 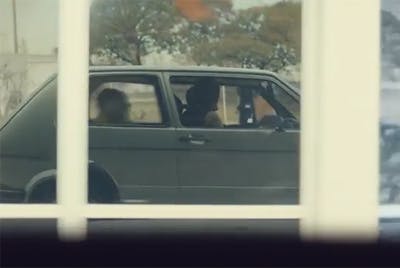