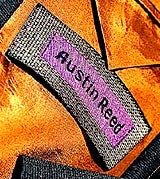 A skiwear range will launch in autumn, followed by a nautical clothing and a trekking range next spring. The company launched a golfwear range earlier in the year.

Austin Reed is taking a low-key approach to marketing the Active Sports range, focusing primarily on sponsoring athletes and direct mail. The company is sponsoring golf pros Darren Lee and Roger Chapman to promote its golf range at the 2003 PGA European Tour and is also planning to sponsor athletes in skiing, sailing and trekking.

The sponsorships coincide with a plan to re-launch the Austin Reed brand late next year. Details of the relaunch campaign are yet to be finalised, but marketing director Andrew Woodward says it will include advertising, public relations and direct marketing. He says: “I think there are perceptions about Austin Reed that are out of date, we will address that with a major marketing push next year.”

Austin Reed has also announced an &£11m renovation of its flagship Regent Street store in London. Work will begin on the store next month and is expected to be completed by July 2003. In-store services will be upgraded to include a bar area, personal shopping services, a formalwear section and a grooming area.