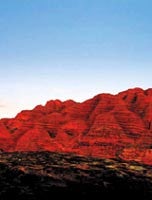 The Commission has promoted Lyndel Gray, its regional director for the Americas, to the new position of executive general manager for Western Hemisphere. She will be the top marketer for Europe, America and New Zealand, and will report to global managing director Ken Boundy.

Boundy implemented the restructure, which has divided ATC’s business into two separate divisions – the western and the eastern hemispheres.

Myatt held the title of consumer marketing manager for Europe, South Africa and the Middle East, with Richards holding the title of regional director for these areas. Neither has a job to go to.

Qantas Airways manager of domestic brands Paul Davies will replace Myatt. Davies will be given the title of marketing director, Europe.

Tony Mayell, the chief executive of Northern Territory Tourist Commission – an Australian regional body for tourism – will replace Richards. Mayell will be given the new title of general manager, Europe.

According to a spokeswoman, the restructure will not affect agency relationships. Earlier this year, the Commission appointed Delaney Lund Knox Warren to handle its European business (MW July 5).