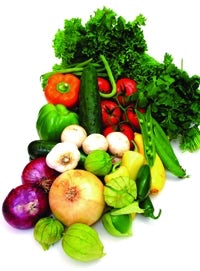 Research seen by Marketing Week reveals official recognition of the health claims made by functional food brands offers marketers a real opportunity to grow a category dogged by consumer cynicism.

Functional foods – products with ingredients added for extra health benefits – are predicted to be worth £1.07bn annually in the UK by 2016, according to exclusive research seen by Marketing Week. This would be a rise of £300m in just over four years from the sector’s current estimated value of £785m.

But marketers may be left with a bitter taste in their mouths by a European Food Standards Agency (EFSA) investigation into whether functional food brands, such as cereals or yoghurts with added vitamins, should be allowed to claim certain health benefits.
An approved list of product claims will be published in January and any manufacturers with unacceptable promises will have six months to remove those brands from the market.

So with tighter controls on how creative marketers can be with their product functionality claims, where will the sector’s 300m growth come from? Consumers appear to be cynical about marketing already, with half of functional foods customers surveyed believing that the claims made about the products are just a ploy to squeeze more money out of people.

Three-quarters of people think these types of food are overpriced, according to the research from consultancy Mintel. Alex Beckett, senior food analyst at Mintel, explains: “It is a relatively young market, but opinions appear concrete and entrenched, which is quite surprising. A lot of people are reluctant to pay for these foods because they think fruit and vegetables provide the same benefits.”

“People in their 30s and 40s are thinking more seriously about their health. Younger consumers are also most likely to pay more for these foods and say they have seen an improvement in their health [from eating functional foods]. As they mature, their habits may pass down to their children,” says Beckett.

Last month, Kellogg announced that it would be adding vitamin D to all of its children’s cereals in the UK. While the brand claims this isn’t a marketing move to gain sales (see The Frontline, below), the research shows that 42% of parents are happy to give their children functional foods and 47% are undecided, which might indicate an opportunity for the brand. 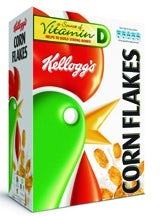 “Cereal has done particularly well by communicating the benefits of eating fibre, which is said to aid digestion,” says Beckett. “This is particularly important for those aged over 65.”

However, older consumers are also most negative in attitude to functional foods, with 60% of over 60-year-olds believing that the advertised health benefits are merely an excuse to charge more.

“This attitude is particularly entrenched in the older generation. They would have grown up knowing about the health claims of more natural foods that are additive-free, such as fruit and vegetables, so it is really quite a hurdle to tackle to get the consumers on side,” says Beckett.

He suggests that older people are more likely to check packaging than younger consumers, so they notice more functional claims than other groups. Therefore, the older generation could present functional food brands with a big opportunity, given their interest in staying healthy. Beckett cites brands like Benecol and Flora, which claim to help lower cholesterol, as doing well in appealing to this age group. The launch of Flora Pro.activ Buttery has contributed to a 7% increase in overall sales of spreads in the past year.

However, Beckett says this group must remain a target for food marketers because of its growing size. According to Mintel, the population of 65-to- 74-year-olds is set to increase by 15.3% by 2016 to 6.3 million and the number of those aged over 74 is forecast to rise by 24.5% to 5.5 million by the same year.

Marketers would also be wise to focus their efforts on younger consumers because 61% of 16- to 24-year-olds say they would buy more functional foods if they were convinced of their health benefits.

In terms of the future, Beckett says: “I get the sense that a lot of these big brands are biding their time waiting to see what will come out of the EFSA investigation.”

Manufacturers such as GlaxoSmithKline and Nestle have also been buying stakes in smaller businesses that focus on functional ingredients. This summer, Nestle bought part of Vital Foods, which makes kiwi fruit-based products to prevent constipation.

It also launched Nestle Health Science in January “to target the new opportunity between food and pharma” and will “invest hundreds of millions of Swiss francs to translate this knowledge into nutritional strategies to improve health and longevity”.

Mixing natural foods with functional benefits could get cynics onside, says Beckett. “Because natural foods are seen as having innate qualities and benefits, the big manufacturers are buying up smaller businesses that use fruit and vegetables,” he notes.

“If marketers can highlight the fact that something is based on a kiwi fruit or broccoli, for example, that could really engage with a currently disengaged demographic.”

He adds that when a set of health claims is approved by the EFSA in January, this extra level of authority might mean that consumers can allow themselves to trust the claims made about functional foods. A collective use of a new third-party logo or the term “EFSA-approved” might also go a long way to making people feel reassured.

Beckett says: “Cynicism is one of the biggest challenges for the market, but manufacturers are looking at this as a positive thing. It is all about communicating what claims have been approved. There is a massive opportunity.”

The Frontline: we ask marketers on the frontline whether our “trends” research matches their experience on the ground 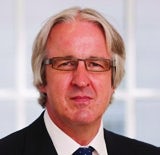 There is always some level of consumer cynicism about functional food because some of the claims don’t stack up. But if the product has been well developed and marketed then people do tend to be quite loyal.

We found the audience for our Fruitflow juice product [containing tomato extract that helps thin the blood] was older than we thought it was going to be. We found that people in their 60s and above become very loyal to it, which is the opposite to the research findings. Once the consumer believes in the ingredient, they will take it regularly.

This study raises an interesting point about natural foods being more trusted. Everything we work on comes from natural ingredients, such as tomato and plantain extracts.

People are drawn towards natural but also understand that you can’t consume huge amounts of kiwi or tomato. So if brand owners can package up a concentrated natural extract that is convenient and available then consumers still seem to be drawn to that.

We have European Food Standards Agency approval for our cardio-vascular technology, so the new legislation has treated us pretty well. That new ingredient was licensed to DSM, a big Dutch ingredients company, which is currently selling it on our behalf. 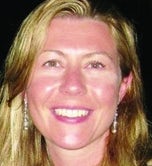 We support the findings that the functional food and drink market is growing. There has definitely been growth in the chilled desserts category, which is in line with health and wellness trends that have remained high on shoppers’ agendas despite the recession.

Yoghurts are associated with health and are seen as low fat and natural. Other factors that are helping to drive growth include new product innovation, which helps to maintain a high level of interest in the category. This year, Activia has experienced a 3.6% increase in brand value to 1 October and has recently launched Pouring Yoghurt and Greek Yoghurt products.

Our parent company Danone has always favoured regulations to protect consumers. However, the EFSA process is new and complicated. The complexity of the process is shown by the number of withdrawals, delays of implementations and the assessment of probiotics by EFSA.

However, this does not mean that there is no science behind probiotic products. Scientists recognise the contribution probiotics can make to health and the World Health Organisation has also recognised their role. 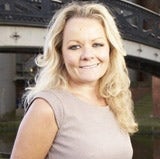 We are not surprised at the level of cynicism towards functional foods. In recent years, the market has been saturated with foods making health claims.

So we welcome the move to tighten the regulations around this and have worked closely with EFSA so we only make claims against our foods that have genuine science to back them up.

The response so far from all stakeholders to the fact that Kellogg is to add vitamin D to its children’s cereals to help combat rickets has been really positive. We added vitamin D to address a public health need and not as a marketing tool.

We have engaged government on this move, working with MPs to get the message out there and they have been really supportive.
We don’t envisage a huge uplift in sales. The move to add vitamin D to our children’s portfolio isn’t about sales, but to address a genuine public health issue. 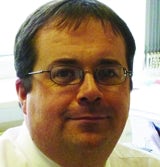 Consumers are definitely buying more healthy products, although this is nothing new.

When it comes to functional food, I don’t think our customers are particularly aware of this as a category. Instead, people are looking for things that taste good, products they have heard about from advertising or in magazines, or those they perceive to be better for them. That could be something like Activia yoghurt or fortified cereal.

We display healthier products in our stores in a way that gets the message across to customers that ’healthy’ doesn’t just mean fruit, veg and salad leaves – it’s cereals, yoghurt, fruit juices and low-fat spreads too.

We have also extended our fresh and chilled product range and are introducing new lines as a result of our involvement with the government-backed Scottish Grocers’ Federation Healthy Living Programme, which was tested and developed in several of our stores. 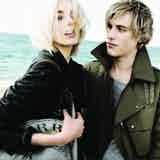 Burberry has hailed its decision to switch the majority of its marketing spend to digital after reporting revenue increased 29% in the first half of its financial year. 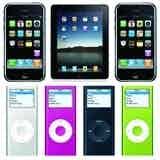 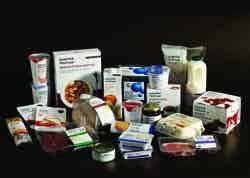 Retailers’ own-label ranges are losing their “poor relation” stigma, in part thanks to high quality and strategically led packaging. Should brands be running scared?