Mark Ritson is absolutely right when he says that “discounting grows sales, but at the expense of brand equity and customer relationships” (MW last week). The past 12 months have been characterised by an over-reliance on price promotions and although brands are making noises about trying to stop these and instead focus on value-added promotions, […]

Mark Ritson states that “most of the companies big enough to afford an Olympic sponsorship and desperate enough to seek out global recognition are those most in need of reputational rescue” such as Dow Chemical, BP, and Lloyds TSB (MW 1 December). Does this logic also apply to McDonald’s, Coca-Cola, Acer, Atos, GE, Omega, Panasonic, […]

When I read Mark Ritson’s recent article attacking David Thorp and the CIM for producing the document Marketing and Sales Fusion (MW 15 December), it made me think of how Ned Ludd would have reacted when he first learned of the Spinning Jenny. Like Mr Ludd, Ritson has picked up the nearest sledgehammer and sought […]

Is the role of marketing, as Mark Choueke’s editorial suggests (MW 15 December), to dupe consumers into buying inferior products when he asks: “Whose job is it to build the sort of brand power that sees McDonald’s and Coca-Cola as market leaders despite losing out in blind taste tests?” Bruce HarrisCustomer research managerJeyes

Much of the training in digital media skills (MW 1 December) does lag behind the adoption curve. This will always be the case with traditional courses because the digital marketing landscape is changing so quickly. To keep pace with this change we recommend marketing departments run at least a six-monthly skills review. The importance of […]

It’s encouraging to read that consumers are becoming more open to sharing their information with brands (‘Safe in their hands?’, MW 8 December). With ‘savvy shoppers’ concerned about privacy but willing to share their information, we must now look at ways of showing consumers how marketers and brands can understand them better and deliver improved […]

I fear I shall be traded in as part of Mrs Secret Marketer’s Christmas shopping. Not content with driving her crazy in supermarkets where I confuse the weekly grocery shop with work-related store check distractions, my TV viewing habits have now tipped her over the edge. I suspect I am not the first bloke to […]

There is nothing new in saying that advertisers must show restraint when using airbrushed images (‘Airbrushing damages consumer trust in brands’). The CAP Code (UK Code of Non-broadcast Advertising, Sales Promotion and Direct Marketing) is clear that advertisers cannot use post-production techniques in cosmetic advertisements when the result is an image that could never have […]

Your article ‘The new domain names that will be a game-changer for brands’ (MW 20 October) made clear the benefits of owning a branded top level domain (TLD) – greater control of your brand online, enhanced security and opening new possibilities for customer engagement – but I want to add that businesses should not deliberate […]

A fast.MAP Consumer Voice Panel survey of 1,136 members carried out in the last week of November reveals that most have drawn up budgets for Christmas spending (MW last week) and almost three-quarters have planned how they are going to finance this outlay. Nine out of ten have budgeted the same or less than last […] 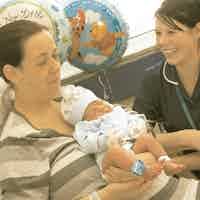