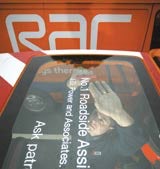 Aviva hopes its £1.1bn takeover bid for the RAC will give some much-needed assistance to a venerable roadside recovery brand that is trailing way behind its main rival, the Automobile Association (AA).

Aviva plans to boost the RAC’s individual membership from 2.2 million to 3.3 million, as well as increase sales of financial services – which account for 14 per cent of RAC profits – partly by tapping into the customer base of Aviva-owned Norwich Union (NU). By comparison, the AA has 15 million members and a reported 23 per cent of its profits come from financial services.

Fuel for the RAC’s sales drive will come from an increased marketing spend and the expansion of the marketing team. According to Bridget McIntyre, sales and marketing director for Aviva’s main UK subsidiary, Norwich Union Insurance, there will be “more budget and more people”.

McIntyre anticipates that, although some savings will be generated by consolidating media buying for the RAC and NU into one agency, the overall advertising budget for the roadside recovery company – currently £11.7m – will increase. The RAC’s media buying is handled by Vizeum and its advertising by Partners Andrew Aldridge, while Brand Connection buys media for NU and Abbott Mead Vickers.BBDO has the brand’s £47m advertising account.

NU insures one in seven UK motorists, and is in second place in the motor insurance market, behind the combined might of Royal Bank of Scotland’s Direct Line and Churchill brands. Aviva is convinced that the RAC acquisition offers plenty of scope for cross-selling a range of products and services, including roadside assistance, driving lessons through BSM, windscreen replacement from Auto Windscreens and vehicle hire from Lex Vehicle Leasing. But this might be more difficult than it at first appears. Any cross-selling strategy has to take data protection legislation into account: if members of the RAC or NU customers are to be targeted by the other organisation, any approach will have to be subject to their agreement. Furthermore, it is difficult to quantify the potential in the business.

Utilities-to-financial services group Centrica off-loaded the AA for £1.75bn in June 2004, to two private equity groups, CVC Capital Partners and Permira. It concluded that the business was never going to account for more than ten per cent of its profits and could not be exported overseas easily. However, Centrica made a significant profit on the deal, having bought the AA (with £360m in cash) in 1999 for £1.1bn and in the interim boosted annual profits from £6m at the time of the acquisition to £93m in 2003.

Having both at one time been mutual member-owned organisations, there is a question over whether brands such as the RAC and the AA, with their heritage, sit well within larger corporate structures that have a very different business ethos.

But Aviva is probably more concerned about motor insurance, in particular the market-leading position of RBS and its two huge insurance brands, Direct Line and Churchill. According to Roman Cizdyn, an analyst with Oriel, Aviva has had half an eye on what RBS has been doing with its own roadside assistance company, Green Flag, bought in 1999.

Aviva’s takeover proposals involve a lot of cost-cutting: some 1,700 jobs are likely to go, making annual savings of about £80m (subject to a one-off charge of about £100m). Of these cuts, some 900 back-office staff jobs will go because of duplication, while another 800 jobs – mainly in call centres – will be moved offshore.

But Aviva is also planning to recruit an estimated 2,000 salespeople in the UK over the next couple of years, to help increase the RAC’s customer base and to boost by 300,000 the number of customers to whom the RAC sells insurance products.

McIntyre is confident that Aviva will make the marriage of the Norwich Union and RAC brands work. It will be very much a partnership of equals, she says: “We have two very strong brands and we want both of them to grow as separate brands.”

According to the RAC, its brand achieves near 100 per cent spontaneous recognition in the UK, with brand loyalty at 97 per cent. Its heritage as a mutual appears to play a part in this brand strength. McIntyre says that people who buy RAC services still “see themselves not as customers, but as members, even though the RAC hasn’t been a mutual for some years”.

Certainly, the RAC still regards itself as one of the leading lobby groups for motorists, although whether that self-image will survive when it is part of a financial services giant is another matter. However, Aviva hopes to mould the RAC into a “cradle-to-grave” motoring services brand. McIntyre says: “It’s about motoring; it’s about learning to drive; it’s about insuring your car; it’s about getting your car back on the road, if there’s a problem; and it’s about getting you home, if we can’t get it back on the road.”

Whenever a customer is now recruited to one of the RAC’s services, the event is to be treated as an automatic sales opportunity for its other products. For instance, when someone learns to drive with BSM, they should also be approached about buying motor insurance.

In addition to its 2.2 million individual members, the RAC also has 4.5 million corporate roadside assistance customers. Although the company generated a turnover of £1.5bn and pre-tax profit on continuing operations of £92.8m in December 2004, analysts believe the RAC brand is under-exploited in financial services, compared with the AA.

When the AA was sold last year, it had more than 1.6 million insurance policies and a £1bn loan business. The AA’s roadside membership stands at 15 million, just over twice that of the RAC, yet it generates significantly more business from financial services than the RAC does.

In February, the RAC said it would be spending an additional £5m on cross-selling insurance and other financial services products to its members. Aviva is, if anything, likely to increase that spend.

“We’re definitely looking at developing the RAC’s insurance sales,” says McIntyre. Norwich Union has been developing its own services for car owners and some of the moves it has made in the past couple of years have obvious applications to the RAC.

For instance, Norwich Union acquired vehicle-checking company HPI for £120m last year. HPI has traditionally supplied information to fleet car operators and to car dealerships, allowing them to verify the ownership histories and accident records of the cars they buy, but McIntyre sees no reason why a similar service could not be offered to the RAC’s personal customers.

It has also acquired online car retailer Oneswoop, relaunched as Norwichunioncars.co.uk, and even set up its own roadside assistance operation, Norwich Union Rescue.

As Cizdyn observes, “You don’t see Norwich Union vans on the motorways in the same way that you see AA and RAC vans!”

Aviva will be hoping that the power and visibility of the RAC brand will provide the impetus it needs to overtake RBS as the UK’s top car insurance provider.