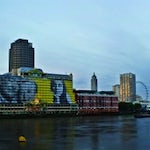 ‘You are the Big Picture’ will be featured across outdoor, social media and ATL advertising in six cities across the world.

The campaign aims to highlight stories that bring to life Aviva’s brand promise of “individual recognition.”

Landmark buildings including Sea Containers House in London and CNIT building in Paris will be wrapped in pictures of Aviva customers and staff.

One building in each city will also feature projected images of the public that have been uploaded to the campaign website and Facebook page.

The first 250,000 photos uploaded will also see Aviva donate £1 per image to the Save the Children’s Street to School programme.

Amanda Mackenzie Aviva CMO says: “We know insurance isn’t just about policies and pensions; it’s about people. That’s why we’re making our customers the big picture, putting a spotlight on them and our people.”

“Putting customers at the heart of everything we do not only makes sense for them, it makes good commercial sense too,” she adds.

The campaign begins on 4 October in London, Warsaw, Paris and Singapore, rolling out to Delhi and Mumbai next month.

Mackenzie was one of the speakers at Marketing Week’s The Annual in London last week. 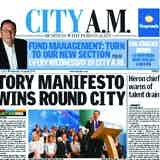 City A.M. the free London business newspaper, has broken into profit for the first time. 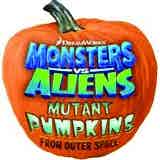