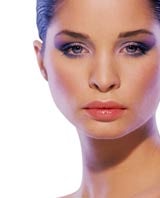 Avon, the American beauty products company, has teamed up with Roche Consumer Health to launch a line of multivitamins and nutritional supplements called Avon-Roche VitAdvance.

VitAdvance forms part of a new global collection of nutritional, aromatherapy and fitness and relaxation products called Avon Wellbeing. It will be introduced in the UK in August aided by Avon brochures.

Avon Wellbeing will be available in 15 different countries, but the UK is the only European country where the products are being introduced.

Avon Wellbeing will comprise three categories: VitAdvance; VitaTonics aromatherapy products, available as eau de toilette, cooling and shower gel and spritz; and Body and Mind, which will include exercise and fitness accessories and clothing.

The collection will be sold through a separate brochure to Avon’s existing flagship brochure and will be updated every six weeks.

Safeway is rolling out a new restaurant concept, called Café Fresco. The supermarket plans to roll out up to 40 cafés in stores during the next two years as it continues the refurbishment of its 500 UK stores.

Tyre giant Goodyear has appointed Cathryn Fischer to head its global marketing. Fischer, who will be based at Goodyear’s Akron, Ohio headquarters, will be responsible for the company’s global marketing and brand management.

It was nice to see, following the letter from Mr Finnian Fitzpatrick, the beleaguered teacher, that there are others out there who, like myself, have secretly taken on Keith Waterhouse’s former role as monitor and publicist of English use and abuse. In this case, however, while Mr Fitzpatrick feels that it should have been Saint […]