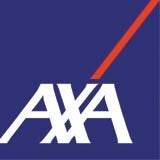 AXA persuaded Wilson, former marketing director of Prudential, to remain on a freelance basis until last month because of the difficulties in appointing a replacement.

The company is understood to be working on a new marketing strategy and is in the process of slowly rebranding AXA Insurance, AXA Sun Life and AXA PPP Healthcare under the single AXA umbrella brand.

AXA’s UK life and savings business performed poorly last year, showing a decrease in annual earnings of 11 per cent to &£471m compared with the year before.