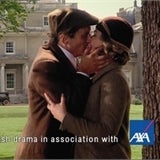 Darrin Nightingale, the top UK marketer at insurance giant Axa, is leaving to go to rival Standard Life Investments as head of marketing at the Edinburgh-based global fund manager.

Nightingale, currently group head of brand at Axa, will join Standard Life Investments in July. He will report to Mark Connolly, director of distribution and client service, and have responsibility for marketing, brand and product management.

The fund manager, part of the Standard Life group, is seeking to expand its businesses in the UK and globally.

Axa senior brand manager David Halston will cover the role on an interim basis. The French-owned insurer is unlikely to name a replacement until incoming chief executive Nicolas Moreau begins in June.

He had been pushing to increase awareness of the company’s brands and products and last year signed a &£2m deal to sponsor drama on ITV3 (MW July 28, 2005).Nightingale has held the group head of brand role since 2001.