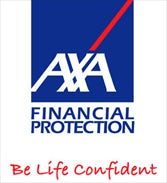 Axa, the French financial services company, is reviewing its UK £15m advertising account. Creative Brief is handling the pitch and it is unknown whether Grey or WFCA, which have handled the bulk of Axa’s UK advertising for the past three years are repitching for the buisness.

A decision is expected in January.

An Axa spokesman says the review is sound practice and consistent with the business strategy being implemented by UK chief executive Nicolas Moreau, who was appointed in July 2006.

The spokesman says that contrary to reports the company is not looking to develop a specific UK brand identity but to use Axa’s worldwide branding in the most effective way for the UK market.