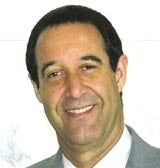 Northern &amp; Shell has axed its three most senior advertising executives as part of a shake-up of its advertising department. The redundancies are the latest in a long line of senior departures from the group over recent weeks.

A Northern &amp; Shell spokesman says that following a review of the department’s management structure a decision had been made to simplify access for advertising agencies across the whole group.