Talks to try to avert the strike, originally sparked by imposed changes to terms and conditions of cabin crew employment, failed at the weekend. The Unite union is also asking for travel privileges to be restored to crew who took part in a bout of strike action in March.

The run-up to the strike has seen both BA and Unite turn to the media to make their points and ask for public sympathy. BA CEO Willie Walsh has made several YouTube appearances and Unite has taken out full-page newspaper advertisements on behalf of the BA staff members.

British Airways aircraft are having the ’Keep the flag flying’ slogan painted along their fuselages to underline the message that the airline will continue to fly throughout the 15 days of strikes planned by the Unite union.

Joint leader of Unite Derek Simpson angered BA negotiators over the weekend by using twitter to comment on talks as they were occurring.

The strikes come hard on the heels of BA unveiling a record £531m loss exacerbated by the previous strike. The disruption to air travel caused by the Icelandic volcano did not fall into the results period.

Despite the losses, BA says it is targeting revenue growth of 6% this year and expects to break even.

Before the weekend, BA said that all flights to and from Gatwick and London City Airport will operate as normal during the entire strike period.

Ogilvy & Mather has launched a global branding practice that will specialise on Islamic branding. 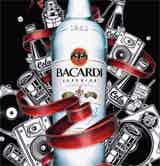