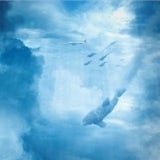 British Airways has signed a long-term deal to advertise its offerings on up to 1,000 ATM screens around the UK.

From this summer, consumers using 50 cash machines of banks and building societies across the City and in corporate locations will come into contact with an exclusive BA ad campaign for its long-haul business class service.

The national flag carrier claims it was the first brand to incorporate ATM ads in its media planning, and has used the medium on an adhoc basis for two years, but a new agreement that will stretch into 2007 is the first long-term deal BA has signed – a measure of how effective the medium has proved according to agency ATM:ad.

ATM:ad sales director Jack Vincent says he sells space for clients that include Nestlé, Fox Home Entertainment and Carling as well as BA on up to 1,000 screens, a figure set to increase in the next 12 months. “Clients are starting to see us as an alternative to the likes of Viacom Outdoor as we can deliver a digital one-to-one communication with a range of targeted markets in key out-of-home environments,” he says.