The airline managed to stem its pre-tax loss for the quarter to £50m, compared to a £122m loss for Q3 in 2008. It is attributing the figures in part to restructuring and cost cutting

British Airway’s figures for the first nine months of the year show a pre-tax loss of £342m compared with a loss of £70m for the same period in 2008.

Revenues dropped 12.9% over the period but the airline managed to cut total operating costs by 10.5%.

Like other full service airlines, BA has come under increasing pressure during the global economic downturn as companies cut business flights.

It has sought to increase revenues and cut costs in a number of ways, including ending hot meals for short haul flights.

Chief executive Willie Walsh, says: “These results highlight the impact of permanent changes across the company on our costs. Those changes, combined with capacity reductions and external spending cuts, mean operating costs are down by 10.5 percent and show that we’ve adapted quickly to the new business realities created by the global recession.

“While we are on the right track, we still expect to make record losses this year. Permanent structural change is being introduced in all areas and will return us to sustained profitability.

The airline is currently at loggerheads with the cabin crew union about restructuring issues Unite with possible strike action threatened.

It is still on track to create a joint businesses venture with American Airlines and Iberia.

Walsh says:” We continue to invest in new products for our customers. Next week, our new First class cabin takes to the skies onboard a Boeing 777 flying to New York JFK. The investment in First this spring strengthens our progress towards being the leading global premium airline.”

Dutch cheese brand Leerdammer is launching a new UK television advertisement campaign, in a bid to raise its profile amongst British shoppers. 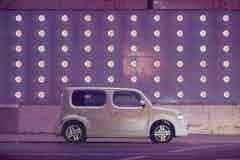