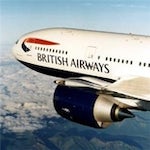 The merger would include Iberia, the Spanish airline, as a secondary player.

The ruling, expected to be published later this week, follows BA’s application last year to regulators in Europe and the US for anti-trust immunity for plans which would see it and AA combine on pricing, sales and routes.

The EC is widely speculated to have concluded that the planned tie-up, could “result in appreciable competitive harm” on seven Europe/US routes. Remedies to this would potentially include the transfer of airport slots to rival carriers.

However, BA has insisted it has “no concerns” about being forced to relinquish slots and will respond to the Commission ahead of its final conclusions.

The carrier says it is looking forward to the “opportunity to address and overcome the EU’s concerns, especially given the substantial benefits for consumers that would result from our transatlantic joint business”.

It adds the review “is similar to its continuing review of the Star and Skyteam alliances, which already have anti-trust immunity from the US Department of Transportation.”

The planned partnership would be an extension of its current OneWorld tie-up, but BA and AA would no longer compete against each other on key routes. Frequent-flyer miles will be honoured throughout the alliance.

They would also collaborate on bulk purchasing of fuel, aircraft and ground services, though ownership of the airlines would not change.

The news comes as The Unite trade union announced it will ballot 14,000 of its members who work as cabin crew at BA about whether to take strike action over recent cost-savings discussions.